The Out of the Darkness Walks are proof that when people work together they can make big changes in the world. In Cape Charles, hundreds turned to support suicide awareness for the first annual Cape Charles Out of Darkness walk. Opening activities began on the Cape Charles Beach and traversed the town,  back to the beach on Bay Avenue.Post walk activities included a cookout, Bonfire, Face painting, Disney/Pixar’s Inside Out, and a candlelight vigil to honor those lost to suicide.

Choptank was on hand to support the walk (Mirror Photo)

The following is a quick look at the monthly statistics regarding law enforcement activities for the Cape Charles Police Department.

Nassawadox, VA—On average throughout the United States, someone suffers a stroke every 45 seconds, and someone dies of a stroke every 3.1 minutes. Stroke is the third leading cause of death and the leading cause of serious, long-term disability in the United States. Quick diagnosis and treatment of stroke can dramatically improve treatment options as well as the medical outcome and long-term effects of a stroke.

Riverside Shore Memorial Hospital was recently certified as a Primary Stroke Center by DNV GL in partnership with The American Heart Association and the American Stroke Association. DNV GL is an international certification organization which evaluates a hospital’s stroke care and the services provided by reviewing patient outcomes, care processes, care settings, and clinical records. This certificate of distinction is awarded only to those programs that comply with the highest national standards for safety and quality of stroke diagnosis, treatment and care. Certification is a voluntary process and is renewable every three years.

“We are pleased to be able to offer Eastern Shore residents this expertise,” said John Peterman, the Administrator at Riverside Shore Memorial Hospital. “The extensive stroke training of our team members will save lives by providing the needed services quickly,” he said.

The Primary Stroke Center (PSC) certification means that a hospital is equipped to provide initial diagnostic services, stabilization, emergent care and therapies to most patients with acute stroke symptoms and admit the patient to a dedicated stroke unit or designated stroke beds.

The Emergency Department team of doctors, nurses and technicians at Riverside Shore Memorial Hospital as well as local EMTs have undergone extensive stroke training, preparation and evaluation by DNV GL, and will continue to pursue ongoing training.
END_OF_DOCUMENT_TOKEN_TO_BE_REPLACED

Over the summer, due to lightning strikes, computer crashes and software upgrades, the monthly harbor report was not completed or delivered to Town Council in time for the Regular Meeting. While the report did make it in this month, things apparently are still in shambles. According to Harbormaster Farlow, part of the issue is trying to get the old numbers to jive with the new software. While specifics were not given, much of the issue has to do with ‘the way they (figures) had been entered’ before Farlow took over. Whether this was referring to Smitty Dize’s tenure was not made clear.

The bottom line is that the Town has absolutely no idea about the financial status of the harbor. They apparently don’t seem to care much either. During the oral report, the majority of Council, including the Mayor and Vice Mayor Chris Bannon sat frozen and glazed over, hardly inquisitive, seeming more in the mood for good nap than conducting town business. Only newcomer Andy Buchholz seemed to be paying attention. Buchholz also appeared to be the only Member that had bothered to read the report. At issue is the table below:

Buchholz correctly noted that the numbers just did not add up, did not reflect the reality of the new harbor, sans Smitty Dize. First, the table makes little or no sense, glomming together disparate items while totaling by the foot. Buchholz complained that this technique was confusing and in the end didn’t come close to producing an accurate record of what was really going on.The big problem is with the totals. The report states that this year, the harbor stands at $296,310, while last year at the same time it was $231,789 a difference of $64,521.

“I don’t know how that can be…I’ve been to the harbor, and every time I’m there, it’s pretty empty, especially compared to last year,” Buchholz said.
Buchholz is correct. The ‘Dize’ effect, taking all the business that used to be located at the town harbor and moving it to King’s Creek, has had a negative effect. The lively C-Pier stands in stark contrast to the harbor’s empty slips, and docks with a view of Bayshore Concrete.

While Treasurer Pocock has been helping out, the time frame for getting the books in order is late fall, early winter. Whether we ever find out what we really don’t want to know is to be determined.

When it was confirmed that Katie Nunez had contracted with County to help fill a knowledge gap, it was also confirmed that it was  an Executive Decision made Chairman Murray and Vice-Chairman LeMond. In a conversation with Granville Hogg, it appears this decision was made without the council, consent or knowledge of the other members of the Board. Former County Administrator Katie Nunez signed a contract ($75 an hour) on August 29th, which is set to run until June 2017. Ms. Nunez received a $100,000 severance package last month. According to the county, Finance Director John Andrzejewski, currently the acting county administrator, requested Nunez be available to help the county prepare for the upcoming audit.

While the Nunez agreement was dated August 29th, other members of the BoS, including Granville Hogg were blindsided by the news, and did not learn about it until it was released at the Tuesday, September 13th meeting. “Two were totally unaware of the news while the other was not precise on the day but it was close to the September 13th meeting,” Hogg said.

Opinion: The concern is not so much that Ms. Nunez is able to help out (bringing her on to fill a knowledge gap is prudent), but that the decision should have been discussed openly amongst the entire board, and not made arbitrarily by the Chairman and Vice Chairman. Board communication has the potential to substantially enhance the process and can turn different commitments, credentials, and talents into better strategies and decisions. Satchel Paige, the American baseball player, once said: “None of us is as smart as all of us.”

The Cape Charles Historical Society, in cooperation with the Cape Charles Rosenwald School Preservation Initiative and the Northampton Heritage Weekend, is looking for community involvement and assistance in identifying and collecting items for inclusion in a new exhibit installation in the Cape Charles Museum opening the Summer of 2017. We are looking for images, photographs, school papers and books, instructional artifacts like maps and wall hangings, school furniture such as desks and chairs, diplomas, report cards, and other school-related memorabilia from the historic Cape Charles Elementary School. 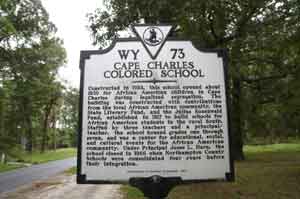 The first Artifacts Open House is on Monday, September 26th, from 10am-3pm. The director, museum volunteers, and staff will be on hand to scan items for the digital archives as well as accept physical items for loan or donation. All items will be documented, acknowledged in writing, and fully insured by the historical society. 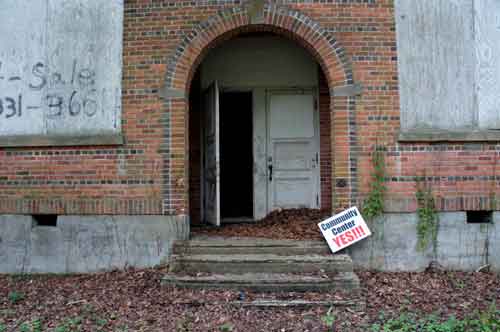 EASTERN SHORE – Entrepreneurs and prospective small business owners are invited to attend The Entrepreneurship Option, a free interactive workshop to be held on Thursday, October 27 from 9:00 a.m. to 12:00 p.m. at the Eastern Shore Community College in Melfa. Admission to the program is free but registration is required.

This unique training opportunity will help you identify what it takes and what it means to be a true entrepreneur instead of an employee. “This workshop will benefit anyone considering the launch of a business, especially those that are very early in the planning process.” says Curt Smith, Director of Planning for the Accomack-Northampton Planning District Commission, who is an event co-sponsor.

Participants will be walked through a variety of lessons that will provide insight into fundamental factors that result in startup success, powerful habits used by many good managers, and “MOXIE” and why it matters.

Several organizations are partnering to offer this event as part of a series of workshops supporting entrepreneurial efforts throughout the Eastern Shore, including the Accomack-Northampton Planning District Commission, the Stronger Economies Together (SET) Entrepreneurship and Foundational Infrastructure team, Virginia Cooperative Extension, Virginia Department of Housing and Community Development, and USDA Rural Development.

The training is funded by the SET initiative. Launched in 2010 by USDA Rural Development, the nation’s four regional rural development centers, the Purdue Center for Regional Development, and its land-grant university partners; SET is now in place in more than 70 regions in 31 states. SET is intended to help strengthen the capacity of communities and counties in rural America to work together to develop and implement an economic development blueprint for multicounty regions, strategically building on the current and/or emerging comparative economic advantages of that region.

Register online by October 24 at www.vtknowledgeworks.com/acceleration_services/foundersretreat or contact info@vtknowledgeworks.com or 540-443-9100, ext. 3 for more information. Space is limited, so register early to reserve your spot!

Join the fun at the Oyster Farm for TRICK OR TREAT ON CREEK. Fun for the the entire family, with burgers, dogs and the Farms famous Witches Stew. At 7:00, the Adult Costume Party is at C-Pier with music by Mercy Creek. The event date is October 22nd. See full schedule of events below:

According to data from the Chesapeake Bay Program and the U.S. Geological Survey, the Chesapeake Bay’s ecosystem has shown a significant drop in the amount of nutrient and sediment pollution between 2014 and 2015. While protection and restoration efforts (best management practices, lowering vehicle and power plant emissions and reducing runoff from farmland) have played a part, the pollution reductions are largely credited to dry weather and below-normal river flow.

Through the MLP, local organizations must match state grant funds by a minimum of two to one to support marketing projects in order to receive funding. This funding cycle, local partners will match VTC grant dollars with more than $2.3 million, providing more than $3.2 million in new marketing efforts to increase visitation to Virginia.

“The grants offered by the Virginia Tourism Corporation’s Marketing Leverage Program provide tourism businesses with a powerful funding resource to market themselves to travelers both across the United States and internationally,” said Governor McAuliffe. “These funds provide localities and businesses across the Commonwealth with the necessary resources to continue to attract visitors and increase demand for Virginia products in the global marketplace. We will continue to support and expand our tourism outreach to spur growth for our communities and small businesses as we build the new Virginia economy.”