Join the Academy for Lifetime Learning (ALL) and register now for the Spring semester which is full of fun and interesting non-credit classes, many of which are held at the Eastern Shore Community College. Others will be held at various venues around the Shore including artists’ studios and the great outdoors. Taught by knowledgeable volunteers, classes may last for several weeks or be a one-time presentation.

Registration costs a one-time fee of $25 for an unlimited number of classes, although a few may require an additional materials charge. Read about the courses in detail and print out the registration forms from the Academy’s website: www.allesva.org. Printed copies are also available at all four Eastern Shore public libraries, The Book Bin in Onley, and the ESCC.

The Eastern Shore of Virginia Historical Society presents their Winter Lecture Series with local author and hunter C. L. Marshall. Mr. Marshall is an award-winning writer, and author of “Chesapeake Bay Duck Hunting Tales.” He was the former sports editor for the “Eastern Shore News,” editor of the “Mid-Atlantic Fisherman,” cofounder of “Shore Golf Magazine” and author of “A Taste of Eastern Shore Living.” C. L. grew up near Saxis Island in Virginia and currently resides in Pocomoke City, Maryland.

All lectures will be held at the Onancock Baptist Church from 6 – 7 p.m. The first lecture in the series, “Traditional Eastern Shore Waterfowl Hunting,” will begin Friday, February 3. C. L. will discuss the rich history and traditions of Eastern Shore waterfowl hunting, and its most influential clubs, hotbeds and techniques. The second lecture, “Bayside vs. Seaside: Different Playing Fields,” will be Friday, February 17. These two local areas are filled with fowl, but have diverse terrain. Different target species demand creativity to meet market demand. The final lecture, “The Changing Face of the Eastern Flyway and How it Impacts Us,” will be held Friday, March 3. Although it was said many years ago, “the times are changing, and those that have not kept pace will be left behind,” the traditional ways of waterfowl hunting are disappearing quickly. This lecture will look at recent changes and discuss its impact on modern waterfowl hunting.
END_OF_DOCUMENT_TOKEN_TO_BE_REPLACED

Over the past year, the Board of Directors of Arts Enter Cape Charles has been approached by several individuals interested in either purchasing or leasing the Historic Palace Theatre to expand its use as an entertainment and community arts venue.

One proposal being considered would install new digital projection and sound equipment in the Palace Theatre to offer first-run movies. If such a plan were to move forward, Arts Enter would continue to use the facility for its dance and theatre arts classes, summer theatre camps, music lessons, plays, and various other performing and visual arts events.

“We are committed to maintaining the Palace Theater as a cultural hub for our community,” said Arts Enter Board Chairman Henry “Hank” Mayer. “To strengthen our mission as a catalyst for those programs, we’re exploring various proposals that would more fully utilize the Palace complex.”

Mayer said that running the 75-year-old facility is expensive. Although the building is in good condition overall, the Palace complex will need some expensive structural upgrades in the near future.

“Ideally, we like to find partners to share in the increasing costs of operating and maintaining this beautiful facility,” Mayer said.

The Arts Enter is a non-profit organization that owns and operates the Palace Theater complex, which includes the theater, stage, dressing rooms, storage buildings, a dance studio and a small storefront used for arts classes. Arts Enter has an executive director, Sue Anglim, who runs day-to-day operations and reports to Mayer and the Board. Arts Enter’s mission is to offer arts-oriented classes for all age groups, stage quality performances at affordable prices, and strengthen its outreach into the community.

“We believe that to enhance our mission and to preserve the Palace as an arts venue, requires an infusion of new capital and income streams,” Mayer said.

The Arts Enter Board will spend the next three to six months studying proposals from potential partners or investors and considering other income-producing possibilities, Mayer said.

“We’re not rushing into anything,” Mayer said. “We’re being very methodical and will carefully analyze all proposals that seem fair, feasible and make sense for our mission, the Palace and the community. Meanwhile, we will be running existing programs as scheduled and adding new ones. We have a lot of exciting events already scheduled for 2017.”

The Cape Charles Town Council adopted a resolution that would enter the town into a Virginia Municipal League Investment pool. According to Treasurer Debra Pocock, current investment possibilities for the town are limited with the current money market at Xenith Bank and in the Local Government Investment Pool.

On the shore, the Town of Wachapreague has elected to join the same Trust.

According to Pocock, the VIP will give the town much more flexibility with its cash base. The primary benefits of participation in the Trust include “professional management of trust assets, diversification, shared costs, and competitive rates of return”.
.
The City of Chesapeake and the City of Roanoke joined forces to establish the Virginia Investment Pool Trust Fund (VIP.) The Trust is jointly sponsored by the Virginia Association of Counties (VACo) and the Virginia Municipal League (VML) and operates as the “VACo/VML Virginia Investment Pool (VIP.).
END_OF_DOCUMENT_TOKEN_TO_BE_REPLACED

Northampton County announced that it is regarding the purchase of the Randy Custis Memorial Park in Nassawadox. During the previous Board of Supervisors meeting Supervisor LeMond called it a “Golden Opportunity” for the County’s Parks and Recreation Department.

According to LeMond the principals of the Park have requested $20,000 to cover staff salaries for the next 6 months while the County and the Randy Custis Board of Directors discuss the specifics of the acquisition.

Randy Custis Memorial Park is home to Shore Little League, Shore Softball League and Shore Soccer. The complex consists of 30 acres, 5 baseball fields, 5 soccer fields, a utility building to house maintenance equipment, Volley Ball Courts, night lighting, bleachers and other amenities. The programs that call the park home have been named some of the most successful on the Shore. 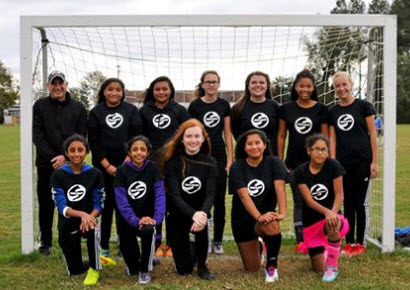 The Randy Custis Board will remain in place and continue fundraising efforts and programs for the immediate future. The $20,000 required by Randy Custis staff will come from the undesignated fund balance acting as a bridge while details, revenue, and expenditure are worked out.

Cape Charles Wellness Massage & Spa Nails is now open and is located inside Impact Fitness on Peach Street in Cape Charles. Enjoy the convenience of exercising and enjoying a relaxation massage and spa pedicure or manicure. Days of operation are Monday, Wednsday, and Fridays from 10-6. For appointments please call 757-331-0589.

Cape Charles Wellness Massage specializes in Specific Deep tissue massage – this type of massage breaks up knots deep in the muscles that can cause chronic pain and decrease flexibility.
Swedish Massage is a massage that increases your circulation, can help lower blood pressure, and help you go to a true state of blissful relaxation. Hot stone massage, warm stones are used while massaging your stress and pain away.The warm stones relax you and let the therapist get to a deeper level in the tissue to release deep knots, and adhesions.

Pregnancy Massage a mother of 4 Julie knows exactly how to help relieve the areas causing pregnancy discomfort.
Reflexology if you like a foot massage, this what you need. Points on the foot are innervated to nerves and organs.This specific deep foot work can relax your whole body.

Benefits of massage can enhance your daily living and be a great part of one’s preventive care program. It can help prevent injuries by keeping your tension levels down and keeping you flexible with stretching. END_OF_DOCUMENT_TOKEN_TO_BE_REPLACED

On November 15, 2016, the owner of 204 Washington Avenue (lot 108) in Cape Charles met with the Historic District Review Board to discuss an application for a Certificate of Appropriateness for new construction of a single-family home. During discussion, the board voiced strong opposition to the use of vinyl covering over the outer chimney. According to chairman Joe Fehrer, the board did not want to set a precedent by approving a vinyl chimney.

In late November, the applicant contacted staff and emailed several pictures (one of the houses belonged to Mayor Proto) of similar chimney shaft construction on non-contributing structures in the district. Staff and the applicant had discussed the appeal’s process at this time. Staff provided the applicant’s photos to the Board members by email on December 9, 2016 and placed a review of the November decision on the agenda for the December 13, 2016 regular monthly meeting. Following discussion at that meeting, the Board affirmed their decision on the proposed chimney shaft cladding. After this decision, the applicant moved to appeal the decision to Town Council on January 19th.

END_OF_DOCUMENT_TOKEN_TO_BE_REPLACED

A reader asks, “Does anybody remember this cat or know if he is still around? I took this photograph of the adorable “Got Milk?” cat some 8 years ago at a cottage on OCCRoad…often wondered what happened to him…” If anyone does have any information on this cat, write a comment or send to: capecharlesmirror@gmail.com 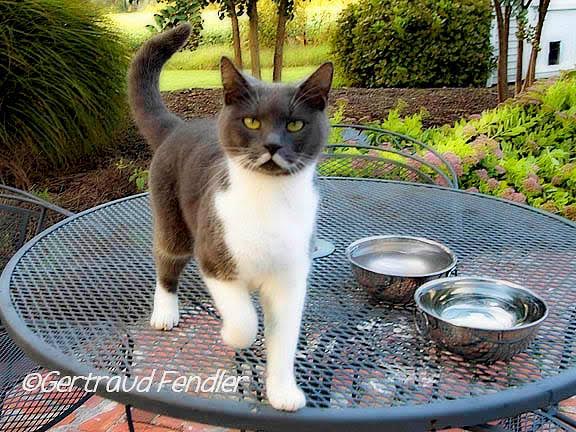