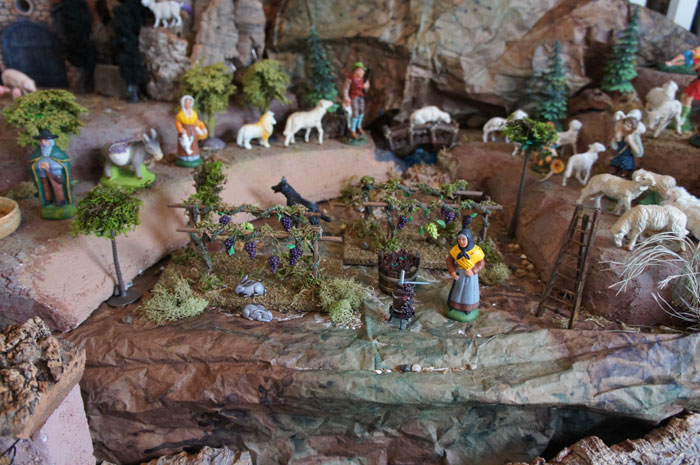 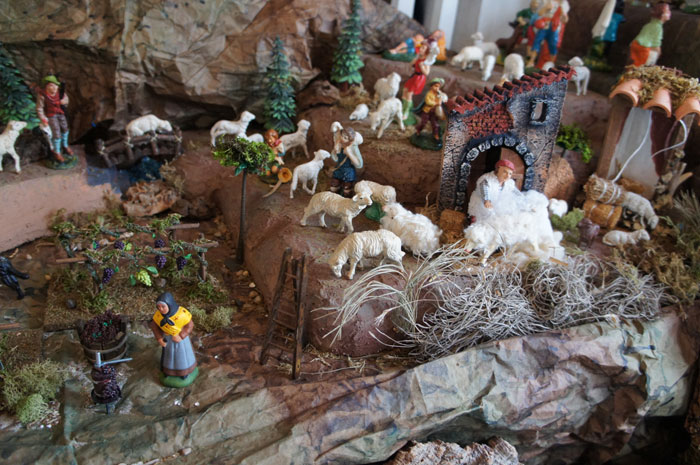 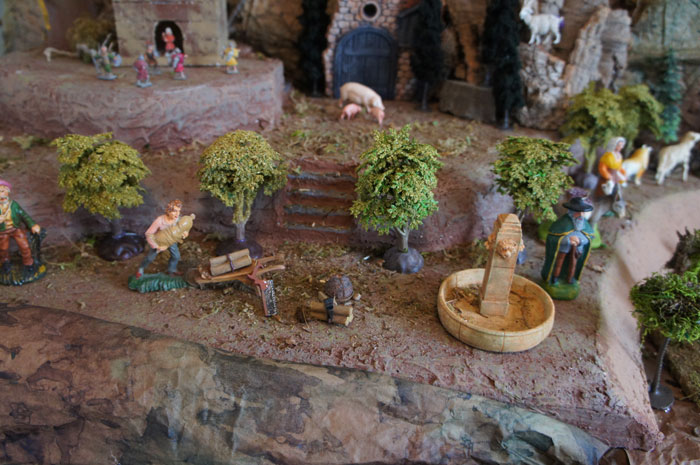 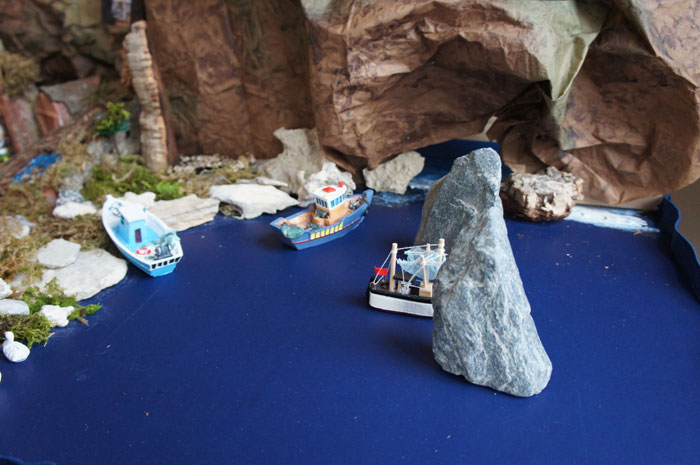 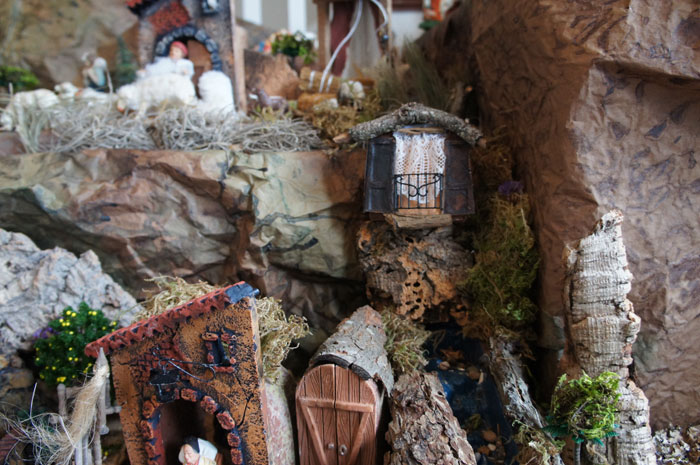 10 a.m. to 2 p.m. – Moonrise Jewelry (245 Mason Ave.) Boutique Brunch Tasting. Rise and Shine at Moonrise with morning refreshments and a tasting of our locally-made delights from our neighbor-to-be, The Bakery on Mason. Sip, Sample & Shop in “One of the South’s Best Boutiques” recently featured in Southern Living Magazine.

A Cape Charles Christmas with the Harbor String Quartet. Special guest: Mezzo- soprano Adriane Kerr.
December 1st at 7:30.
Join the Harbor String Quartet and vocalist Adriane Kerr for an evening of beautiful music to celebrate the Christmas season. Enjoy beloved and timeless carols along with a few lesser known musical selections to create a program of holiday warmth and good cheer. Music will include selections from Handel’s Messiah, the Christmas Concerto of Corelli, and the beloved melodies from The Polar Express.
All are welcome.
Tickets: Adults $15; Students $10.
The Historic Palace Theatre  305 Mason Ave. Cape Charles, VA 23310
Call 757-331-4327 for more information.

The Cape Charles Lighted Golf Cart Parade will start in Central Park just prior to the start of “Grand Illumination”.
To Be in the Lighted Golf Cart Parade: Carts line up at the LOVE sign at 4:45 p.m. to have your cart judged for a chance to win a $100 Visa Card! Don’t be late! New this Year: In addition to the $100 Visa Card for our First Place Winner, we will also be awarding HUGE ribbons for first, second, and third place carts.
No golf cart? No problem. Eastern Shore Custom Carts will provide golf carts for the parade free for a donation to the Food Bank or for $25. For more information on rentals, please contact Eastern Shore Custom Carts at 999-CART(2278) or shane@escustomcarts.com

Brownsville Preserve, Nassawadox – The staff of The Nature Conservancy’s Virginia Coast Reserve invites one and all to join us at our annual Brownsville Holiday Open House for good cheer and celebration of the season at historic Brownsville in Nassawadox on Thursday, December 6th from 4:00 pm to 8:00 pm.

The Federal-style home (c. 1806) will be decked in nature’s holiday finest, providing a festive setting for visitors to tour the house and indulge in a cup of hot cider and a variety of sweets and savories. Wagon rides around the 1250-acre preserve will be offered earlier in the evening, and we’ll have a roaring fire outside to warm your spirits.

The Nature Conservancy is a non-profit organization whose staff works locally on a variety of projects including oyster, scallop, and seagrass restoration, land protection, migratory bird conservation, coastal resilience, and outreach and education. This Open House is a great opportunity to chat with us about our work in a casual setting or to simply take in the setting itself.

Look for “The Nature Conservancy Special Event” signs to lead you to the house. For more information, please contact Outreach & Education Coordinator, Margaret Van Clief at (757) 442-3049 or mvanclief@tnc.org.

This event is family friendly, free, and open to the public.

Andrew Barbour will read from his book The Hog Island Sheep in a Twisted Christmas Tale, the holiday favorite about an orphan, a very twisted chimney, and those wily Hog Island Sheep.
Immediately following book reading – Twisted Chimney Christmas Class. Cost: $25. Children (ages 4-12) will decorate their own yummy house and make an ornament.
Ho-Ho-Baaaa! What a fun way to ring in the holidays!
Please pre-register for all classes and programs at 678.5550 or barrierislandscenter.org

The Cape Charles Rotary Club is doing something new!  It’s offering its 100% crab meat, no filler, crab cakes just in time for your Holiday Season festivities.

The history of the Cape Charles Rotary Club crab cake begins in the 1980’s when a donated pop-up tent trailer was converted into a crab cake sales stand, and the Club began its signature fundraising program.  Back then, sandwiches were prepared and sold at Cape Charles’ July 4th and fall festivals.

Selling the sandwiches to the general public was fun, but it was also hard work and sales were limited.  Furthermore, the health department began to frown upon the cooking arrangement and the “crank-up” camper became a maintenance issue.  Around the turn of the century, the Club skirted these issues by   simply selling uncooked crab cakes.

By eliminating the deep-fryer, the Club was able to distribute their gastronomic seafood delights up and down the Eastern Shore.  In fact, over three thousand crab cakes have been sold annually for the last three years.  The crab cakes are offered in trays of six for $40.  Orders are requested by December 7th for December 14th delivery.

The Cape Charles Rotary Club thanks its friends for their continued support of its community projects.

Santa flies South from a Pole far away as Eastern Shore youngins keep watch for his sleigh . . .

Surely even old Saint Nick gets sick of cookies on Christmas Eve! A little boy from the Eastern Shore of Virginia is determined to give Santa some variety in his Yuletide snacks . . . But how?

Santa’s Sick of Cookies: An Eastern Shore Christmas Tale  can be purchased on the Amazon Book Store.

From 10:00am to 12:00pm on Saturday, December 1st,  Karen Young Foley will be participating in a local author panel and talking about her new book. The event will take place at the Book Bin in Onley, VA. The street address is 25304 Lankford Hwy, Onley, VA 23418.

Local Author Karen Young Foley has fond memories of leaving cookies for Santa. She was born and raised on the beautiful Eastern Shore of Virginia, where the bay meets the sea. A Phi Beta Kappa graduate of the University of Virginia, she is a National Board Certified Teacher and member of Delta Kappa Gamma International Society for Key Women Educators.

She resides on the Chesapeake Bay with her husband Jack and their yellow lab, Gunner.

We especially like the fact that this program plays for our Military Family all around the world. Thank you for all you do! Especially Troops away from home during the holidays! It is wonderful that we can hear the program at the same time.

Along with the awesome program airing Friday’s beginning at 5 PM , starting Black Friday (headed out to “Festive Friday’s” take us along we’ll put you in a “FESTIVE MOOD”, (get the store to play us and help them win free advertising on the THERESORT!) CAPECHARLES.RESORTRADIO.US will be giving away Free Redbox During the Christmas season like last year…so you can win free games, movies, and more. This year we also will have an ugly X-mass sweater Contest. Check on the website for details Black Friday.

Bruce Killmon, owner of Northampton Farm Store, invites one and all to his shop in Cheriton to celebrate his grand opening. A variety of vintage and modern tractors and other farm equipment will be there. Plans for a parade are in the works. 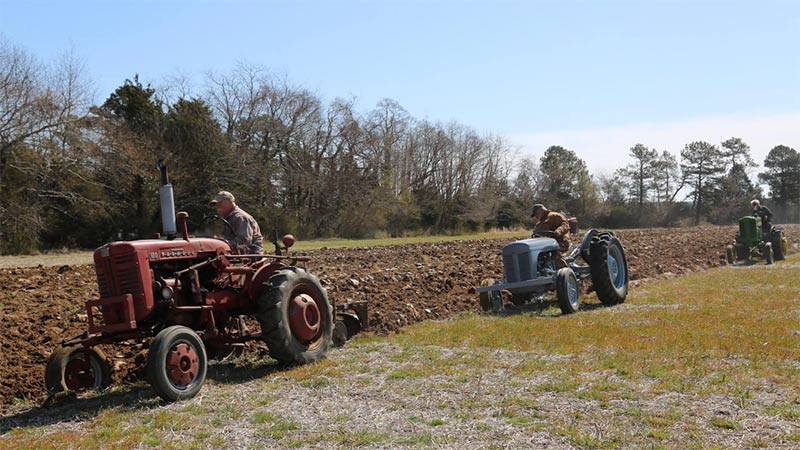