After the latest shooting, as if on cue, and not unlike cuckoo clocks, crisis actors, scripted town hall meetings, and preprescribed outrage all appear right on time–as expected.

During the last week, members of the National Rifle Association, like me, have had to endure the expected  barrage of smears and falsehoods that generally come floating downstream after a gun related tragedy. The biggest contention is that the NRA somehow “buys off” politicians to forward their agenda.

Before we delve into that, just what is the NRA? 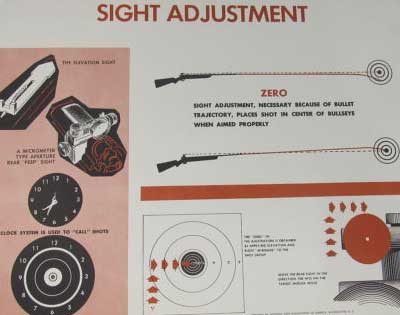 The National Rifle Association was first chartered in the state of New York on November 16, 1871 by Army and Navy Journal editor William Conant Church and Captain George Wood Wingate. On November 25, 1871, Union Army Civil War General Ambrose Burnside, who had worked as a Rhode Island gunsmith, was elected president. Union Army records for the Civil War indicate that its troops fired about 1,000 rifle shots for each Confederate soldier hit, “Out of ten soldiers who are perfect in drill and the manual of arms, only one knows the purpose of the sights on his gun or can hit the broad side of a barn,” — Union General Burnside.

NRA’s creation was the development of a practice ground. Wingate sent emissaries to Canada, Britain and Germany to observe militia and armies’ marksmanship training programs. In 1872, with financial help from New York State, a site on Long Island, the Creed Farm, was purchased for the purpose of building a rifle range. Named Creedmoor, the range opened a year later, and it was there that the first annual matches were held.

Wingate then wrote a marksmanship manual.

The NRA’s interest in promoting the shooting sports among America’s youth began in 1903 when NRA Secretary Albert S. Jones urged the establishment of rifle clubs at all major colleges, universities and military academies. By 1906, NRA’s youth program was in full swing with more than 200 boys competing in matches at Sea Girt that summer. Today, youth programs are still a cornerstone of the NRA, with more than one million youth participating in NRA shooting sports events and affiliated programs with groups such as 4-H, the Boy Scouts of America, the American Legion, Royal Rangers, National High School Rodeo Association and others.

During World War II, the NRA offered its ranges to the government, developed training materials, encouraged members to serve as plant and home guard members, and developed training materials for industrial security. NRA members even reloaded ammunition for those guarding war plants. The NRA’s call to help arm Britain in 1940 resulted in the collection of more than 7,000 firearms for Britain’s defense against potential invasion by Germany (Britain had virtually disarmed itself with a series of gun-control laws enacted between World War I and World War II).

After the war, the NRA concentrated its efforts on education and training fo the hunting community. In 1949, the NRA, in conjunction with the state of New York, established the first hunter education program. Hunter Education courses are now taught by state fish and game departments across the country and Canada and have helped make hunting a safer sport. Due to increasing interest in hunting, NRA launched a new magazine in 1973, The American Hunter, dedicated solely to hunting issues year-round. NRA continues its leadership role in hunting today with the Youth Hunter Education Challenge (YHEC), a program that allows youngsters to build on the skills they learned in basic hunter education courses. YHECs are now held in 43 states and three Canadian provinces, involving an estimated 40,000 young hunters.

Gun Control
The NRA supported the 1934 National Firearms Act (NFA), which regulated machine guns, sawed-off shotguns, and sound suppressors. The NRA supported the 1938 Federal Firearms Act (FFA) which established the Federal Firearms License (FFL) program. The FFA required all manufacturers and dealers of firearms who ship or receive firearms or ammunition in interstate or foreign commerce to have a license, and forbade them from transferring any firearm or most ammunition to any person interstate unless certain conditions were met.

The NRA supported and opposed parts of the Gun Control Act of 1968, which broadly regulated the firearms industry and firearms owners, primarily focusing on regulating interstate commerce in firearms by prohibiting interstate firearms transfers except among licensed manufacturers, dealers and importers. The law was supported by America’s oldest manufacturers (Colt, S&W, etc.). The NRA supported elements of the law, such as those forbidding the sale of firearms to convicted criminals and the mentally ill.

The NRA influenced the writing of the Firearm Owners Protection Act (FOPA) and worked for its passage. However, in 2005 President Bush signed into law the NRA-backed Protection of Lawful Commerce in Arms Act which prevent firearms manufacturers and dealers from being held liable for negligence when crimes have been committed with their products.

The NRA-backed Disaster Recovery Personal Protection Act of 2006 prohibited the confiscation of legal firearms from citizens during states of emergency.

In 2012, following the Sandy Hook Elementary School shooting, the NRA called on the United States Congress to appropriate funds for a “National School Shield Program”, under which armed police officers would protect students in every U.S. school. The NRA also announced the creation of a program that would advocate for best practices in the areas of security, building design, access control, information technology, and student and teacher training.

That was a very high level view of the NRA, but back to the original question, does the NRA buy politicians?

In the years between 1998 and 2016, the NRA spent approximately $13 million on all candidates, parties, and leadership political action committees, according to fact-checker, Politifact. However, the NRA also spends money on ads, which amounts $144.3 million, plus another $45.9 million on lobbying. That’s a grand total of $203.2 million on political activities over 18 years, or approximately $22.6 million per 2-year election cycle. The NRA spent some $54.4 million in 2016 on politics.

Planned Parenthood, spent $33.9 million on outside spending from the 2012 through 2016 election cycles, according to OpenSecrets. EMILY’s List, another abortion group, spent $33.2 million on politics in 2016. NextGen Climate Action, which promotes climate change legislation, spent $22.9 million.

So, is the NRA actually “buying off” anyone? No. In other words, lots of groups spend lots of money —the NRA is not disproportionately “buying” politicians, and is not pushing politicians to change views any more than other lobbying groups. The NRA supports pro-gun candidates just as Planned Parenthood supports pro-abortion candidates. It is all legitimate to do so.

The NRA is a powerful lobbying organization, but not because it outspends other groups. They have close to 5 million active members, and a huge number of other Americans that agree with their agenda. Most gun-owners, even if they aren’t members, see the NRA as a vital organization in defending their Second Amendment rights.

Congress isn’t so much beholden to the NRA as much as it is to its own constituents, many of whom support the NRA.

Since its inception, the NRA has been the number one advocate for gun safety, legality and training. While overall gun related homicides may be historically low, mass shooter episodes just cannot be tolerated. The NRA has historically had the knowledge and training to take on these kinds of problems. In reality, they be the only ones that can solve gun related problems. The organization has to step up, and that may involve changes to its own philosophy.

It should be understood that not all NRA members walk in lock step with the organization. Many question what is wrong with a 30-day waiting period, closing the gun show loophole, limiting magazines to 10 shells. Why shouldn’t a gun owner have to justify why they own a firearm, especially if they own more than five? Should the data integrity be improved? Shouldn’t we know when someone is stockpiling weapons and ammunition? Should there be a limit on how much ammo someone can own? Does anyone really need a bump stock? Isn’t it pragmatic to try and limit the massive availability of firearms when it so easy for them to fall into the hands of bad actors?

It should also be noted that not all members are completely thrilled with NRA leadership, and have floated the idea of change.

The NRA can’t do anything about crime related gun violence in cities like Chicago, Baltimore, Philadelphia or LA, but it can take the initiative to buy back illegal guns no questions asked. This of course will not end deaths from illegal weapons, but it is a start in the right direction.

As a member of the NRA, I am looking forward to an end to the divisiveness. I would like see a new era of partnership where gun  and rigid gun control advocates can come together to make our schools and cities safer. We have to do this together.