Christmas in New York, this winter’s danceable drama by Arts Enter School of Dance, will be performed in the Palace Theater December 19th and 20th. The original script is a combination of dance and stage, incorporating all the music, dance and sites that make up New York, New York. Amy Watkins choreography delights as always, taking the audience along from Grand Central Station to Central Park, from the Bowery to Broadway to Coney Island, and many other places in the City. The dance incorporates many holiday favorites, but also music from George Gershwin to Bruce Springsteen to Dizzy Gillespie, Billy Joel, Kiss, Lea Michelle and more….all the sounds that over the years have made New York one of the world’s greatest cities.

This is a wonderful way to begin Christmas week by taking in festive downtown Cape Charles, and then basking in the warmth and glow of the Historic Palace Theater decorated for the holidays. Enjoy a cup of hot chocolate in the lobby and know that your support helps keep this community treasure alive and well.

Dates and ShowTime’s are December 19th at 7:30, with a matinee at 2:00 on the 20th.
I tried to keep it brief, but if you need more, let me know (feel free to edit away if you think it needs it). If Larry is tied up, Amy has done a fantastic job on the posters and playbills before. 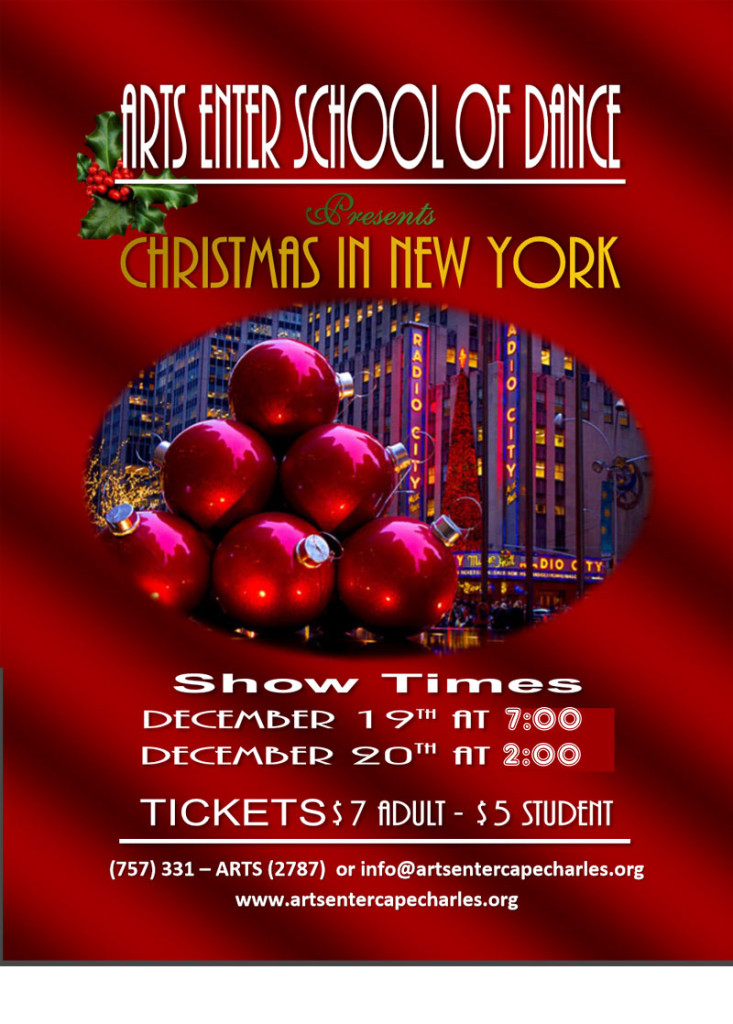