$10/admission. Come out and get down on the “best dance floor on the Shore”!

Science and Philosophy Seminar of the Eastern Shore of Virginia has scheduled a seminar, “Iran Nuclear Agreement: Pros and Cons.” The free 90-minute seminar will be held at 12:30 p.m. on Friday, May 6 in the Lecture Hall of the Eastern Shore Community College, 29300 Lankford Hwy, Melfa, VA 23410.

John Schulz will lead the seminar and discuss the Iran Nuclear Agreement and why it became a subject of controversy and considerable national debate after several years of negotiation.

Schulz is a former Deputy Director of the Arms Control Association in Washington, D.C. and for three years was Editor of the monthly journal Arms Control Today.

Author Note: This is the second in a series of weekly essays (by Karen Gay) about starting a small food business in Virginia. This article was written in February, 2016. Future essays will discuss the Bars and Cookies I am making, regulations, my planned investment and how it actually turned out, and other topics that I have not yet written about. I have two more essays that I’ve already written, and the rest are being written as things happen. I hope you enjoy the articles and feel free to express opposing and supporting opinions.

Developing a good recipe takes a lot of trial and error. First comes the initial concept, a blend of ingredients, information about a healthy spice, or a vibrant color seen in the market. Making the recipe requires judgement about how much of each ingredient to add, making it and then waiting and waiting for the ferment to mature. Tasting along the way gives a feel for how the flavors are evolving. Usually,the first test of a recipe results in at least one jarring taste or texture. Then, back to the drawing board.
END_OF_DOCUMENT_TOKEN_TO_BE_REPLACED

Science and Philosophy Seminar of the Eastern Shore of Virginia has scheduled a seminar, “Disorders of the Memory, and the Healthy Brain in Aging.” The free 90-minute seminar will be held at 12:30 p.m. on Friday, April 29 in the Lecture Hall of the Eastern Shore Community College, 29300 Lankford Hwy, Melfa, VA 23410.

Bob Paschall will lead the Seminar and will discuss methods to combat memory loss, including physical, nutritional, and social.

On Monday night at Nandua the Varsity boys beat their long time rivals 3-1. Jesus Maldonado-lopez had a goal and assist for the yellow jackets. The JV squad lost in a tight 2-1 match. Northampton
Varsity Beat Arcadia 5-0 on Wednesday night in Eastville and JV tied 1-1.
On Thursday night at Southampton varsity did not play up to their potential and Lost 2-1 to a tuff defensive Southampton team. The JV squad overwhelmed the Southampton JV squad with resounding 5-0 win.

Report and Photos by Chris Glennon 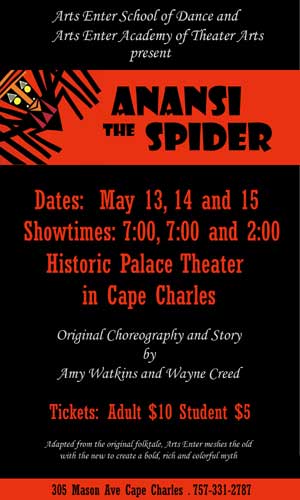 Arts Enter School of Dance and The Arts Enter Academy of Theater Arts is excited to present this spring’s danceable drama, Anansi the Spider May 13th, 14th and 15th at the Historic Palace Theater in Cape Charles. Directors Amy Watkins and Wayne Creed have adapted the Western African folktale of Anansi the Spider, and brought it to life on the Palace stage. The show features the most talented dancers and actors on the Shore who have embrace the concept of original theater. With an original script and choreography, the students played a big part in the creative construction of the show. As always, Ms. Watkins choreography delights, blurring the boundaries of classical ballet, modern, jazz, hip hop and contemporary dance.

Please mark your calendars, and come out and support our local artists, as well as your community theater, the Historic Palace. 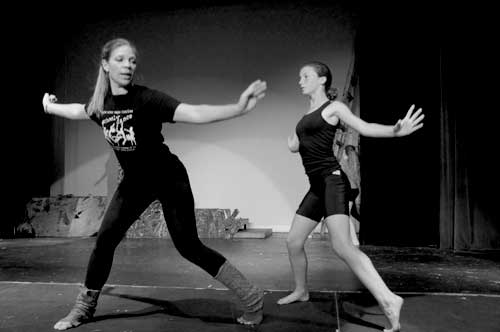 Jayne Guinan shows her strength and power, as Watkins guides the movement 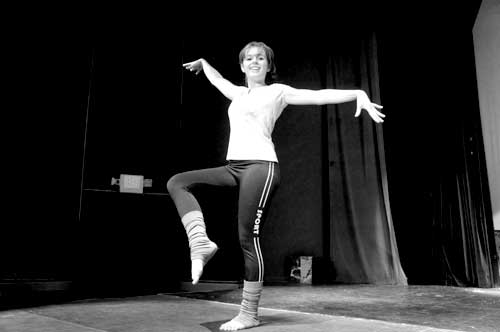 One of the best and strongest athletes on the Shore, Angelica Giardina sets for the next set of jumps.

Special to the Cape Charles Mirror, Terrence Flynn our General Registrar for Northampton County provided a brilliant and in-depth explanation of voter residency requirements in the State of Virginia

With the May 3, 2016, Cape Charles Town Election quickly approaching, the questions about who can or cannot register to be a town voter, and who can help that person register continues to be debated. Our office has received questions about this from time to time, the subject has appeared in the Wave and Mirror, and finally, when Wayne contacted me about it, I decided it would be a good time to address this issue head on.

The issue is usually brought up in the following way: I’ve heard that So and So is running for town council and encouraging out of town people to register as town voters. Is that legal? Don’t you have to be a full time resident or own property and/or pay taxes to vote as a town resident?”
END_OF_DOCUMENT_TOKEN_TO_BE_REPLACED

Rumors of the Birding Festival’s demise have been greatly exaggerated. It was announced this week that the festival has risen from the ashes, and is back on. The dates are October 7 -9.

Details, and a full press release are forthcoming. Stay tuned for more details.

ACCOMAC/EASTVILLE/CHINCOTEAGUE— Discovering the batteries are gone, the flashlight is nowhere to be found, and the cupboard is almost bare when flood waters have already begun to push over driveways and local roads can give you a sinking feeling. That feeling of being unprepared and vulnerable is what America’s PrepareAthon, on April 30, aims to prevent.

“April is National Preparedness Month, and PrepareAthon is a way to encourage everyone to get ready together, before an emergency strikes,” said C. Ray Pruitt, Accomack County Emergency Management Coordinator. “Everyone thinks they are ready, but when you start asking questions, you find out a lot of people really don’t have a plan at all.”

In fact, in a 2015 survey, less than half of the respondents had a plan they had discussed with family members, and 54 percent did not think their community would experience a natural disaster. Businesses are urged to participate as well. Roughly 40 percent of small businesses never reopen their doors following a disaster. “That’s a tragedy,” said Bryan Rush, Chincoteague’s Emergency Management Coordinator.
END_OF_DOCUMENT_TOKEN_TO_BE_REPLACED

When the Cape Charles Mirror published this letter, while we hoped the response would be different, it was instead what we expected. While it turned out to be the usual clowns to the left and jokers on the right, we were at least hoping to find a tiny glimmer of intelligence somewhere in the middle. That search is still ongoing. While we agree with most that Mr. Hogg’s heart may have been in the right place, that is hardly an excuse for his engagement with ESRH. This lapse, like so many other things we are seeing in Northampton, appears to have its roots in the phantasm created by the departure of Riverside Shore Memorial-as the hospital prepares to leave, it seems to be taking all rationality with it.

The current EMS debacle is a case in point. Certainly, the County has “kicked this can down the road” for much too long, to the point EMS is asking for budget increases up to $800k, all while we are staring a $3 million dollar shortfall right in the face. This led to a dubious and probably illegal meeting (#FOIA violation) attended by some of the BoS to try and figure a way out of this Gordian knot. Out of the shadows emerged the infamous RFP which broached the prospect of a semi or fully privatized emergency medical service. Despite prostrations by the BoS that this is not what they meant to do, for those of us raised by Italian grandmothers, and were warned, “Whenever a man says he never meant something, you can be sure that’s exactly what he meant”, we cringed a little. As did almost everyone involved in county EMS.
END_OF_DOCUMENT_TOKEN_TO_BE_REPLACED