Attorney General Jeff Sessions announced in a press conference Monday that the U.S. government planned actions—most notably the pulling of federal funds—against so-called sanctuary cities and states for undocumented immigrants.Reuters estimates that $2.27 billion in annual federal funds for the 10 largest sanctuary cities are at risk of defunding as a result of Trump’s recent executive order. The ICE website lists the jurisdictions with Recorded Declined Detainers

The graphic below lists localities with the most at stake:

Sessions noted that moving forward, any city applying for a Department of Justice grant would have to be certified as a non-sanctuary city in order to get funding. The department is scheduled to issue more than $4 billion in grants this year. 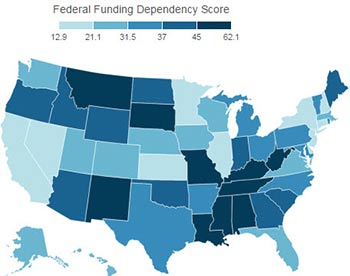