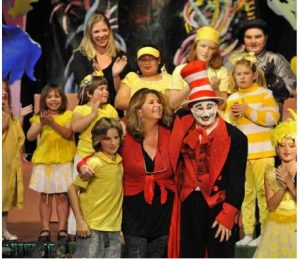 Sources tell the Cape Charles Mirror that the current Board of Directors for Arts Enter Cape Charles is contemplating selling the Historic Palace Theatre to a private entity. The plan, according to what we have gathered, comes with two scenarios. One is to convert the existing theater into a modern, up to date cinema that will show first run films, three times daily during the week, with additional showings on weekends. This scenario would cost hundreds of thousands of dollars to accomplish. The second, more likely scenario, is that the theater will be converted to apartments, leaving part of the current theater as a private showing room for the owners. In both scenarios, the stage will be partly or completely removed to accommodate the renovations.

This news has created a high level of consternation for the performing arts community, especially the young dancers and actors that perform at the Palace, and think of it as a second home. Less than two hours after these kids found out about the board’s plans, they sprang into action creating social media groups called the ‘Save the Palace Squad’, and proceeded to brainstorm. 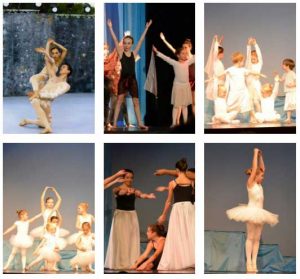 The benefit of this list is that, not only are many of ideas fully ready to implement, they are also front loaded to take advantage of the tourist season, when the population of the town swells. This is what teenagers came up with in just a weekend; it begs the question of just what the board has been doing over the last year to lead it to contemplate such a burnt earth policy. Sources tell the Mirror that this current board has not written a single grant application this season, and even left over $8k on the table because there was nobody to fill out the required paperwork.

Members of the performing arts community told the Mirror that they were hopeful that an alternative to selling the Palace could be found, hopefully finding a patron that would be willing to keep it open as a performance venue. However, others noted that they are already looking at alternatives. The general consensus was that once the Palace was gone, Arts Enter as an organization would more than likely dissolve. How the community would pick up the pieces is still speculation.

Other folks in town have contacted the Mirror, and expressed concern about the upcoming Benefit by the Bay. As one person said, “If the Palace is gone, not part of Arts Enter, then what exactly are we doing here? I wonder, what are we paying money to support, if we’re not promoting the arts, especially the performances at that theater? I’d like to, or get some idea, some assurances about what their plans are…”

Members of the arts community that talked to the Mirror, expressed anger, bitterness and sadness. The consensus among artists is that, once the theater is gone, the arts in Cape Charles will no longer be viable, and like Shore Memorial, will have to try and find a more hospitable location up north. As a musician told us, “The town has been working so hard for the last few years to brand itself as ‘harbor for the arts’, a place that promoted all levels of artistry and creativity…and now, to have the heart of that idea being ripped away from us, being thrown away  like an old candy wrapper, is beyond disappointing. Where exactly are we supposed to perform with the stage gone?” It should be noted that not only will performers from Arts Enter Dance and Theater be affected, but also the theater program at the Cape Charles Christian School, as well IM Dance in Cheriton, which relies on that stage for its recitals.

Note: there is no alternative venue for the performing arts in Cape Charles. The auditorium at the old high school may have been workable, but that structure has since been sold to a Richmond developer for $10, and converted into apartments.

A source also tells the Mirror that an accountant has looked at the theater’s finances, and found that, like every other community theater in America, they were challenged, yet far from hopeless. It is, according to sources, a situation that is easily turned around with the right team in place. Those sources also tell us that Arts Enter founding member, Clelia Sheppard has formed a proposal that could provide a workable future for the Historic Palace, but has not been afforded a chance to present it to the board at this time.

Note: Ms. Sheppard has spent over $600k bringing the Palace back to life.