Several years ago, I was fortunate to be cast by Sheila Cardano in the historical play A Piece of Eden. It was there that I first became acquainted with the rich and beautiful history of the Eastern Shore. Reading Charles Landis’ collection of essays, “The Eastern Shore: An Introduction to the History of the Eastern Shore” is just as exciting. While many of us that live on the Shore want to know more about its history, we just don’t have the time to do all the research ourselves. Through a series of well-crafted essays, Charles Landis fills in the gaps for us.

Landis’ research offers a different perspective on Eastern Shore history, and how it has shaped our culture and society, and how it was, and is the original frontier between old world England (Europe) and modern America. Landis breaks up the book into two series of essays. Part one deals with the historical events, while part two highlights the important people that shaped our history.

The first section establishes the author’s approach to the region’s history by examining the linear movement of time from 1614 to 2015. The first essay deals with Early Settlement (1608-Mid 17th Century), following Thomas Savage, and Governor Sir Thomas Dale who purchased land on the Eastern Shore from Chief Debedeavon on what we now call Plantation Creek. The second Essay highlights how the people of the Eastern Shore have historically been willing to protest and  fight for independence, as well as promote representative government in the new world. Mr. Landis brilliantly covers the Northampton Protests of 1652 and 1766 where the people of the Eastern Shore first declared taxation without representation to be illegal and unconstitutional, the first protest of its kind in America. 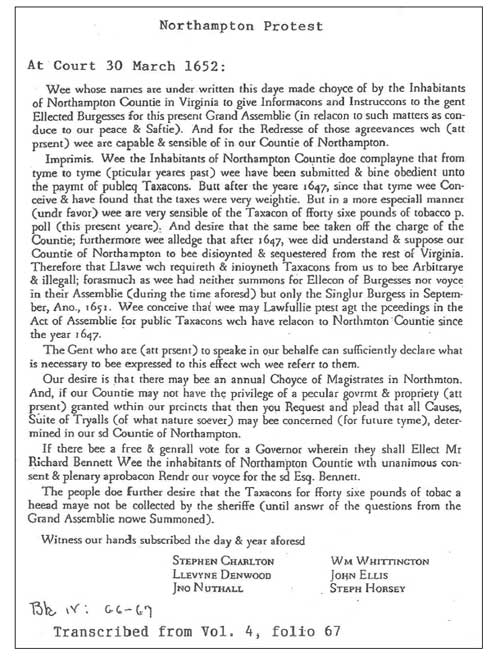 Essays three and four carry us into the modern era when the railroad and produce farming led to a land of prosperity. Landis notes that Cape Charles City and Parksley, founded in 1884 and 1885 respectively, “are the only two towns established by outside investors. It was the locals who built the infrastructure that transformed the Shore’s landscape. New towns and villages were built along the railroad tracks, roads were built which radiated from the towns to the countryside and to the waterfront towns, villages, and wharfs. Telephone and power lines were strung alongside the roads”. The fifth essay continues to follow the impact and legacy of the railroad into the 20th century, as well as the cultural and economic impact of the Chesapeake Bay Bridge Tunnel.

Part II is a journey of discovery, introducing us to the important persons that shaped the Shore, from 1614-1969. Ensign Thomas Savage, Anthony Johnson, Francis Makemie, General John Cropper, Abel Upshur, Henry Wise, and Dr. Susie May Ames, founder of the Eastern Shore of Virginia Historical Society are brought to life with elegant prose and a keen eye for detail.

Nudging ghosts out of the mists of time is never a trivial matter, and Charles Landis has proven with this book that he is a master at doing so. He follows the echoes of the settlers such as Ensign Thomas Savage, all through to later conflicts and achievements such as the triumph of the Chesapeake Bay Bridge Tunnel.
This is a very important work, and one of the most enjoyable and thought-provoking books that I have read in a long time–one that I found very difficult to put down. For those who love the Eastern Shore, and revel in the rich fabric of its history, I cannot recommend The Eastern Shore: An Introduction to the History of the Eastern Shore by Charles Landis enough.

Copies are for sale at the Cape Charles Historical Society Museum, the Barrier Islands Center, the Book Bin and at Rayfield’s in Cape Charles. Nearly 400 copies have sold in the first 9 weeks.