The EPA requires the town to monitor for certain contaminants. Testing is required less than once per year because the concentrations of these contaminants do not vary significantly from year to year, or the system is not considered vulnerable to this type of contamination.The table below lists all of the drinking water contaminants that were detected during the calendar year of this report (2016). According to the report, only those substances listed below were found in town water. 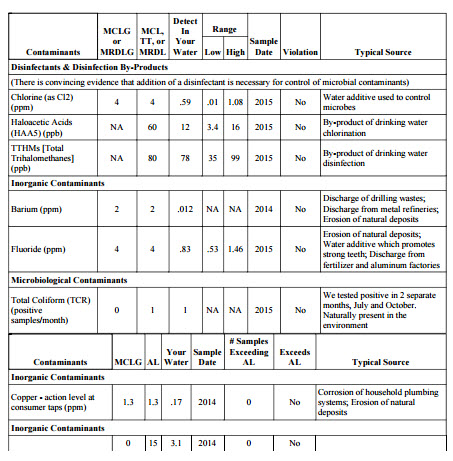 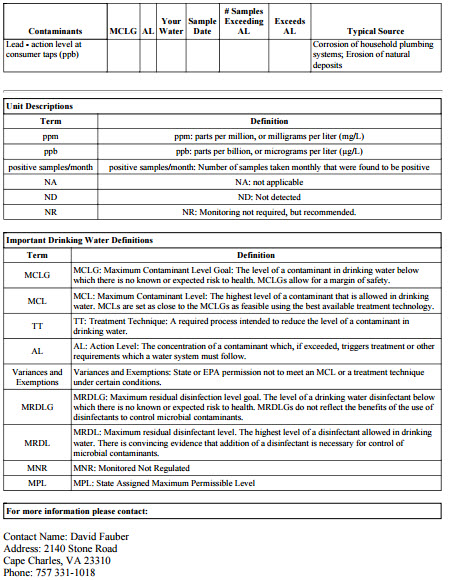