Citizen submitted report to the Cape Charles Mirror – “Has anyone mentioned a low-flying helicopter over Bay Creek? It happened last night at 7:25 p.m. The helicopter, which looks much like this Navy one, was flying just above roof tops in Marina Villages. There was a guy in orange sitting on the inside edge of the chopper with a video camera. The chopper flew down E. Bay Dr. dangerously low. It thought the aircraft was in trouble and trying to make an emergency landing. What the pilot did was an obvious breach of FAA regulation, even for helicopters. I was just curious if you had heard from anyone else, or know anything about this incident. By the time I went back into the house to get my phone, I was unable to get a good photo.” 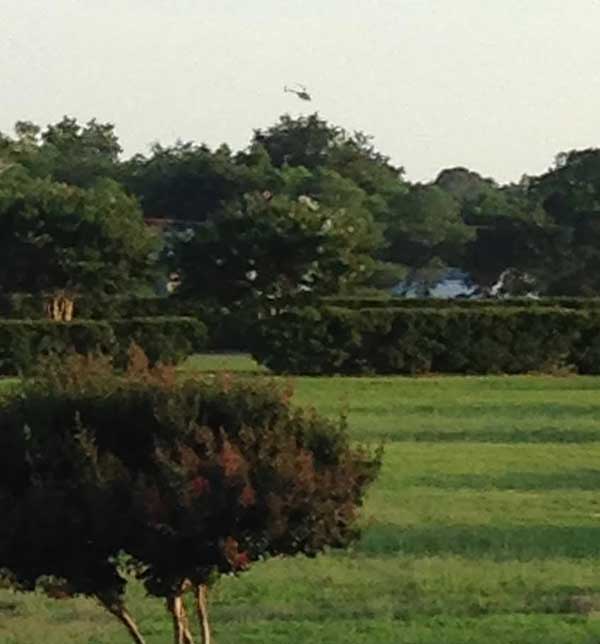 Editor’s Notes: We also received this “There was a drone hovering over the dance floor at the Bayamo party. I found that intensely disturbing. Who is doing this?” Good question, who is doing this, and when is the Town going to put a stop to it?

If anyone has more information on this event, please contact us at capecharlesmirror@gmail.com.