Special to the Mirror by Michael C. Jordan

And man loved darkness rather than light- John 3:19

Man is responsible for the misery of mankind.  This, of course, is not an original thought.  “The Broom”, a poem written by Giacomo Leopardi (1798-1837) in the final year of his life, describes in beautiful lyric his angst over the tragedy of man’s inhumanity to man.  He exemplifies our continuing attempts to place blame and to exact revenge on others for our misfortunes.  He is disheartened by our apparent inability to recognize our true foe:  The disasters inflicted on us by nature.  Yet an optimist, he believed man would recapture the virtues of mutual aid and cooperation in his fight for survival.  He wrote in this translation by Edwin Morgan:

It is a noble nature

That ventures to look up

Through mortal eyes upon

Our common fate, and tell with frank tongue

That hides no grain of truth

How frailties, evils, low estate are ours

By reason of being born:

One reveals his strength

And greatness in suffering, refusing to add to

The angers and hates of his brothers

(Worst harm of all within

Our human miseries!) but rather transferring

The blame of grief from man and placing it

In the true seat of guilt, the mother of men1

With the stepmother heart.  She is the one

He calls his enemy!  And since he believes

The brotherhood of men

To be, as indeed they are, united and set

Against this enemy yet, He takes all men to be confederates

Them all with a true love,

As agonies and hazards strike and pass

1 Nature, here alleged to be an unfriendly rather than a maternal force.

In the common war of man.  And to be armed

Offensively against one’s kind, to strew

A neighbor’s path with spike

And block he sees as utter madness—like

A man hard pressed upon the battlefield

Who at the crucial assault

Forgets his enemies and begins a sharp

Contest with his own friends,

Spreading the panic of a whistling blade

That cuts its own troops down

To ordinary folk, as once they were,

And when that terror which first

In social links against unpitying nature

Has been won back in part,

By true recognition, then will justice, mercy,

In the dialogue of cities, find another root

Than the presumptuous idle fables which

Have had to prop the common probity

Of men—if one can call

Error a prop of what is bound to fall.

Like Leopardi, I do not look to a supernatural evil as the reason for iniquity on earth.  Those who aver that all evil comes from the devil are evading humanity’s own responsibility for it.

Today’s discussion regarding the lack of personal responsibility among men is only a result of the belief that there was once a time when man assumed personal responsibility.  Many of us were raised to believe that if we worked hard, played by the rules, loved God, etc.…, we would be rewarded with successful lives…Poppycock!

While they were teaching us all the “Right things” (Leopardi’s props), they who we thought to be moral, upstanding, pillars-of-society…our teachers, clergy, parents, and all the other hypocrites who helped shape the lies of our lives…they were cheating on their taxes, coveting their neighbor’s spouse, or spending a great deal of time under their boss’s desk politicking a pay raise. 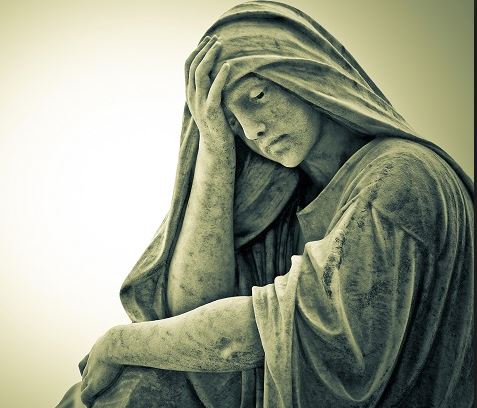 While they were convincing us of how righteous they were and suggesting how we should conduct our lives properly (more of Leopardi’s props), they were amassing money and power through fraud, deceit, and betrayal.  The more people they could hornswoggle into believing that a good and pious life was the way to success, happiness, and salvation—the more fools they could create to become future victims.

I regard people as being basically good, believing that if treated with honor and respect they will be bound by their own morality to respond in kind.  Unfortunately, my theory of reciprocity is greatly flawed.  Some people are nasty simply to be nasty and take pleasure in creating and/or celebrating the misery of others.

After personally suffering numerous betrayals from all quarters, I still, like Leopardi, have not abandoned my core belief that men and women, if given half a chance, will do good before evil.  Socrates said that only a deceptive heart sees deception, meaning that in order to perceive an evil, one must contain that evil.  I would like to apply this rationale to myself in justification for not anticipating the times in my life when I was duped, but that would be arrogant.

The poem suggests that if born with a noble nature, “One reveals his strength / And greatness in suffering, refusing to add to / The angers and hates of his brothers.”  I would like to believe I am so blessed, for I do not find value in harming people for fun or profit.  Those who do, even though they may be in the majority, are in my humble opinion the most wretched individuals on earth.

Leopardi contends that nature is “the true seat of guilt, the mother of men / With the stepmother heart. / She is the one / He calls his enemy!”  So man, unaware of his true enemy, adds to his brother’s already difficult life, and “…strew[s] a neighbor’s path with spike / and block.”  These things are done by people who conclude that there is only so much happiness, success, wealth, love and power available and that by depriving another person of the harmony in their lives, they can liberate that harmony for themselves.  Can a person add to his own self-respect by robbing it from another?  No, but it would so seem by viewing mankind in action, one against another.

Our poet has faith in man’s eventual return to his once noble ways, “And when that terror which first / Drew mortal men so close / In social links against unpitying nature / Has been won back in part / By true recognition. Then will justice, mercy, / Fair and honorable dealing / In the dialogue of cities, find another root.”  Let us hope his is right.

Our current pursuit of individual survival may be the driving force behind our self-generated misery.  The actions we take to preserve our lives, even among our gentler people, are not always proper, but to make sport of generating physical, mental or emotional anguish in others, as some people do, is execrable.  We are all subject to this social transgression sometimes as prey and sometimes as the predator.  Having minuscule control over other’s actions— we must leave them to their own devices.

But pity the few who recognize nature as being humankind’s true enemy, for they are charged with a great burden.  Once this truth is revealed to them they can hardly ignore their responsibility to change.  The enlightened must forever focus on their obligation to establish and sustain a nobler role for their inner soul…