The Bay Journal recently lost its largest source of funding, a $325k grant from the Environmental Protection Agency, in what its lawyers say was likely a violation of its First Amendment rights. 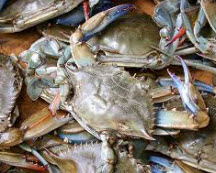 The Environmental Protection Agency is required under the Clean Water Act to inform the public about its massive Bay cleanup project. Since the 1980s, it’s been providing public information by funding the Bay Journal through competitive grants. The Journal’s $325,000 a year is a small part of the cleanup project’s $73 million budget.

The EPA had been funding the Journal for almost three decades. The EPA called the move “a shift in priorities.”

As a media institution, the Journal is protected by the First Amendment against government retaliation for stories it has published. Josephine Morse, an attorney with the legal nonprofit Democracy Forward, is representing the Bay Journal. She said that the recent events appear to fall afoul of the First Amendment.

The future of the Bay Journal is still in limbo. The EPA grant made up about 40 percent of the paper’s budget.