At the recent anchorage meeting with the USCG, citizens in attendance thought the US Coast Guard was responsible for vessel discharges inside the bay, which they are not–EPA is.
Here’s a notice about from the EPA about that:

The U.S. Environmental Protection Agency (“EPA”) recently published an update on its website notifying the industry that it would administratively continue the 2013 Vessel General Permit (“VGP”) until a new permit is issued sometime in 2019. 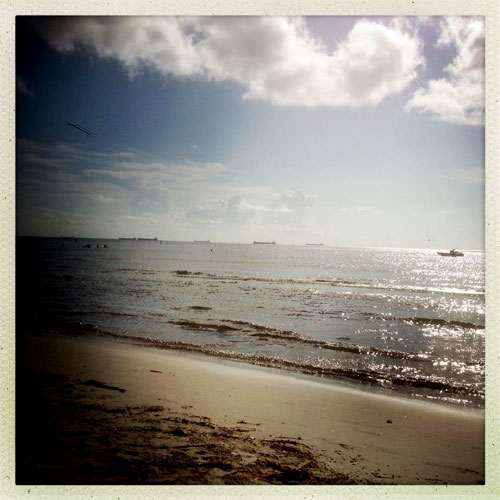 EPA’s 2013 VGP, which regulates incidental discharges from vessels, is set to expire on December 18, 2018. On October 10, 2018, EPA issued a statement on its website that the current 2013 VGP will not be reissued prior to the expiration date, but will be administratively continued and remain in effect until the new VGP is issued. EPA identifies its target timeframe for publishing a draft VGP, for public comment, as spring 2019. This will likely include a comment period of at least 30 days. This will be followed by a few months of EPA review before a new final VGP is published, likely during the summer. The link to the website can be found at epa.gov/npdes/vessels-vgp.

In 2006, after years of litigation, a federal court ordered EPA to discontinue exempting vessels from the Clean Water Act’s National Pollutant Discharge Elimination System (“NPDES”) permitting program. The NPDES permitting program, which regulates discharges of pollutants into U.S. navigable waters (generally within three miles from shore), applies to discharges incidental to the normal operations of a vessel. As a result, EPA developed the VGP, in effect since February 2009. The 2013 VGP, currently in effect, covers 27 types of discharges incidental to normal vessel operations, such as deck runoff, bilge water, ballast water, chain locker effluent, oil-to-sea interfaces, fire main systems, graywater, well deck, and exhaust gas scrubber wash water, among others. Vessels that intend to be covered under the 2013 VGP must submit an NOI at least seven days prior to entering U.S. waters (and before December 18, 2018). Failure to file an NOI will result in violations for all discharges incidental to vessel operations.

EPA has fallen far behind on its schedule to issue a draft 2018 VGP, originally scheduled for late 2017, with the final VGP intended to be issued this past summer to allow industry time for implementation. The delay could be due to the policies of the Trump administration, which has not prioritized environmental issues. Another possible factor could be the Vessel Incidental Discharge Act (“VIDA”). VIDA was included as part of the Senate Coast Guard Authorization Act (S. 1129) (the “Coast Guard Authorization Act”) in May 2017, but, to date, Congress has failed to enact legislation authorizing the U.S. Coast Guard programs under that bill, due in large part to disagreement among senators concerning the regulation of discharges pursuant to VIDA.

VIDA, in its current form, addresses the administrative scheme to regulate ballast water and other discharges from ships entering U.S. waters. Under current law, both the U.S. Coast Guard, by regulation, and EPA, through the VGP, have a role in regulating ballast water discharges, as do the individual coastal states. VIDA attempts to simplify this arrangement and grant the U.S. Coast Guard primary authority over these discharges, while generally preempting state law. EPA would set standards for discharge from vessels, and the U.S. Coast Guard would prescribe and enforce regulations based on those standards. EPA would also have to issue new standards for marine pollution control devices within two years, in consultation with the U.S. Coast Guard and states—though it is unclear to which discharges this requirement would apply. Assuming VIDA is enacted, it would, in essence, supplant the currently regulatory regimes. States, though, would be able to petition the Secretary of Homeland Security to establish stricter standards if the state can establish that more stringent regulation would: 1) reduce adverse effects of discharges, and 2) be economically achievable and operationally practicable. States also could establish zones where certain types of discharge would not be allowed, subject to EPA and U.S. Coast Guard approval.

There is some indication that House and Senate disputes concerning VIDA may have been resolved, and that the Coast Guard Authorization Act, including VIDA, may be enacted at some point after the midterm elections in November. If VIDA is in fact enacted, it could affect the new VGP, though the new VGP would stay in effect until VIDA was implemented.