Special Letter to the Cape Charles Mirror by Ken Dufty

I appreciate this opportunity to add to the comments of Perdue’s Steve Levitsky regarding finding common ground regarding the poultry expansion on the Delmarva Peninsula, and especially on the Eastern Shore of Virginia. [December 13,Eastern Shore Post]. As your readers know, we here in Northampton County are just surfacing from a 30 month fight to protect our rural quality of life and pristine natural resources, so this expansion in our sister county to the north does arch an eyebrow more than a bit.

Last week, a new group formed to explore manure-to-energy solutions to process the waste generated by the poultry industry was introduced to the lower Shore by Virginia’s Eastern Shorekeeper during a public symposium in Onancock. 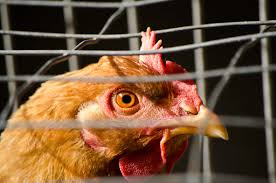 That raised the other eyebrow, for sure. Here is why most us down here feel that Northampton County should not be the solution for the waste product generated by these mega-farms to our north…although remaining clearly cognizant and supportive of the fact that the poultry industry is a very important part of our regional economy. We know, for instance, that Accomack County ranks #2 in the Commonwealth for poultry meat production..even BEFORE the 330 house build-out now being considered and/or constructed. But the sobering and limiting factor here is that our county has a land mass of 795 square miles, with only 212of that being “dry land”. Indeed 74.3% of our county’s land is water. And our Columbia Aquifer (which because of high nutrients, iron, and pollutants is not advised to be used as a drinking water source now) is unconfined, and just below the surface of our permeable soils. Our narrow little sandbar has 38 drainage pathways (streams, rivers, estuaries) which drain laterally east to west. Indeed, after a groundwater committee meeting last year, a retired hydrogeologist made the statement that “if one spat on the ground in Northampton County, his or her DNA would be found eventually either in the Bay, the Seaside marshes, or flowing out of your tap.”

In short, we have to be incredibly careful regarding what we till into or spill onto our land..especially if that is going to be ash from the incineration of poultry manure, a product that has been deemed a hazardous waste by European researchers and scientists.

Finally, we have an incredibly limited drinking water supply called the Yorktown/Eastover aquifer. Out of 46 inches of rain we get in Northampton County each year, less than ½ inch of that recharges our potable water reserves. The University of Georgia estimates that an average broiler flock can use 100,000 gallons of water, and a mega-house can produce 5-6 flocks/year. Multiply that by the many hundreds of mega-houses existing or planned in our sister county, which shares the same sole-source aquifer, and our “line in the sand” approach to having our county solve the “regional” poultry problems perched precariously on the cusp of our environmental horizon seems well justified.

I agree wholeheartedly with Mr. Levitsky that we should work together to address these issues. I think we should work together to enact a moratorium on more industrial poultry farms in Accomack County until we find out what to do with the thousands of tons of high-nutrient waste that will be coming out the back end of these factories ..asking mutually “when is enough enough?”

And we should work together to ensure that the integrators take more responsibility for this waste rather than saddling the growers (and now the general public) with finding solutions for this industrially-generated waste. Finally,we need to find a workable, environmentally-sustainable way to manage poultry manure without cramming it into acirculating fluidised bed incinerator and then spreading toxic waste ash on our valuable farmland.