During his tenure as a member of the Northampton Board of Supervisors, Granville Hogg distinguished himself not just as a passionate defender of the Shore, but many times as a lone voice for common sense and accountability. With Hogg retired, those checks and balances have all but disappeared. Thankfully, Hogg remains engaged and is there to remind the BoS of why they are sitting (loitering may be a better term) at the dais.

At Tuesday’s meeting of the Board of Supervisors, Hogg questioned the number of ambulances in Northampton County. He noted that a possible consolidation of services could save the county money.  Hogg also questioned whether the proposed location for the new EMS garage was in the best location. Below are Hogg’s comments to the board:

When the idea of purchasing the Machipongo Property for EMS started it was indicated there was a need for a building to provide shelter for the vehicles. I voted for it. It was an interim measure made until the hospital issue and Rural Health issue was stabilized. 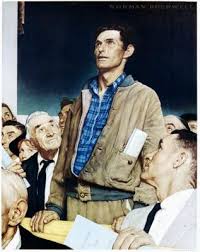 I have spoken with many I consider to be knowledgeable persons. I was amazed at the number of citizens that did not have knowledge of the number of ambulances there were that served the county. They indicated, “they would just like to have one come when they called”. Before going further, I wish to thank all volunteers for their service. Through the years and currently they have given back to this county as much service as those appointees on various commissions and elected officials. I thank you for your service and I hope if I need your assistance you will be there.

How many staffed ambulances 6 AM – 6 PM I believe I am correct at 4.

These numbers can be verified by Charles and Ms. Carpenter.

How many empty bays are there in the existing facilities?? Cape Charles has four (4) bays. They have two (2) ambulances and another vehicle. It appears there is One at CC?

How frequent and how many County staff are deployed to CC?? or Exmore or Nassawadox

Why doesn’t the County staff park the vehicle in the vacant bay when they are present at the CC building?
Even with the longer Transit times and the number of trained personnel available to man the ambulances, Does Northampton County Need 7 Ambulances???

It appears there is more than an adequate number of ambulances to serve the county. There is the need to determine just how many are needed. It is a case of MANAGEMENT of equipment and staff.  It appears there are more ambulances than can be staffed at any moment in time which leads me to believe there is a need to “RIGHT SIZE” and placement of the number of ambulances. This further leads me to wonder if there are more ambulances than needed, then county staff and county ambulance could be accommodated at the facility with its staff. And the public needs to hear that debate.

This in turn makes the question of why does Northampton County need a 40′ X 80′ facility for $300K+ and equipment that could be rented at Machipongo when we have other pressing expenses. We bought one jail and are paying for it dearly today. The public just needs to be aware of the debate and the decisions of how their money is being spent.