The Harbor Area Review Board attempted to meet on Monday July 12th, to discuss a new application for moving the Harvey building (again) and placing it on a permanent foundation on Lot #19 at the harbor (Cape Charles Yacht Center). Due to scheduling conflicts, the board did not have a quorum, and could not vote on the application. Applications have previously been submitted and discussed on December 21, 2015 and April 11, 2016 Board meetings. At the time, staff found that “the architectural and design requirements for this building are met”. While those applications were approved, the applicant requests moving and re-locating the Harvey building on a permanent foundation on Lot 19, and proposes the use for sail and rigging making and repair, and general merchandise ( a ships store with some marine repair items, snacks and readymade sandwiches). According to staff, “these proposed uses conform to the Harbor District zoning ordinance”.

Dan Brown representing the applicant was in attendance to answer questions, mainly regarding safety. Questions centered on the intended mast and rigging work, which would be taking place near the pedestrian walkway. This would require the use of a crane. Mr. Brown told the board that during any operation that might pose a danger to the public; the area would be secured until it was deemed safe for pedestrian traffic.

Due to the lack of a quorum, the application review was postponed until Monday July 18th at 5:30 in the Cape Charles Civic Center. 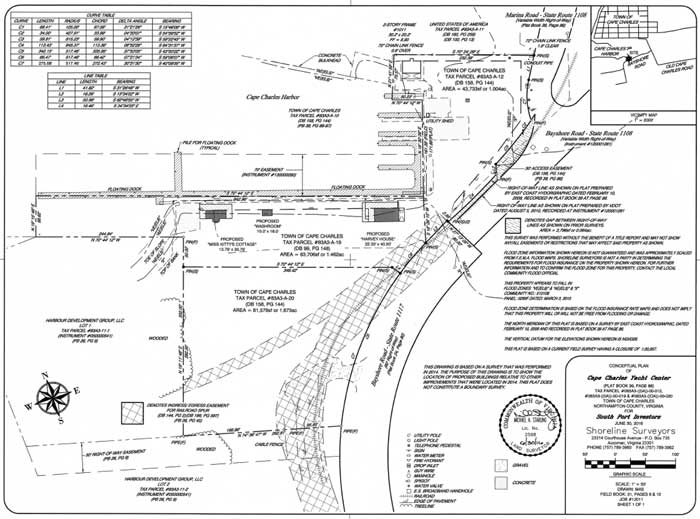