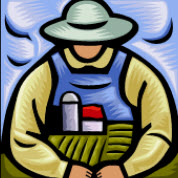 Obama administration regulators from the Food and Safety Inspection Service (FSIS) have proposed allowing meat and chicken products to be marketed as “humanely raised” even if the animals in question were raised using industry standard procedures, such as unanesthetized castration, debeaking, and prolonged confinement.

The administration will allow meat producers to leverage the new rules to use terms like “Raised With Care” or “Humanely Raised on Sustainable Family Farms” simply by making up their own definitions for the terms. Regulators would perform no inspections to verify any of their animal-welfare claims. The claims by companies of “humanely raised” would be arbitrary.

According to the FSIS, meat producers would still be able to use the label even if their “animal raising practices [were] representative of industry-wide practices.”

The claims may appear on any panel of the package, however the definitions may appear with the claim or may be connected by a symbol and placed elsewhere on the same panel that bears the claim. For example, if a claim is made on the principal display panel (PDP), the part of the label most likely to be seen by consumers when offered for retail sale, the explanation of the claim’s meaning may be placed with the claim or placed elsewhere on the PDP provided the claim and explanation are connected by a symbol.