Beaches are unique coastal environments with ecological, recreational and economic value. For Bay Creek the private beach is also a resource –as development increases, the need for preservation and protection of the beach becomes ever more apparent.
So, the Cape Charles Mirror received this message:
“Crappy Object on Bay Creek Beach… this is a storage box for beach chairs for Southeast Expedition… I think it is $40 per day and $25 for half day. You might check as that is second hand. Some nice young guys are doing it, but the box is ugly. We just couldn’t believe they would deface the entrance.” 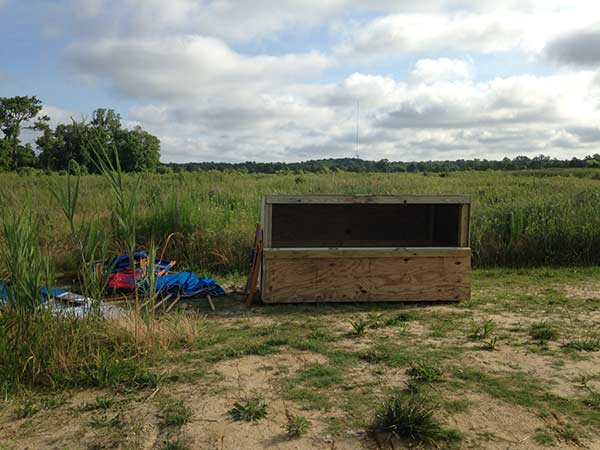 While this case is fairly benign, it may speak to a bigger issue. Does convenience and service trump maintaining the natural habitat?
According to Surf Rider, “Beaches are often perceived as separate habitats, but in reality are small parts of much larger coastal ecosystems.”
While a box to store beach chairs may not be a big deal, in the grand scheme, should coastal areas be free of extraneous development, and obtuse objects so as to not interrupt coastal processes, not to mention the pure aesthetics and appearance of the beach? On a larger scale, how does this speak to breakwaters, jetties, groins and even beach replenishment?