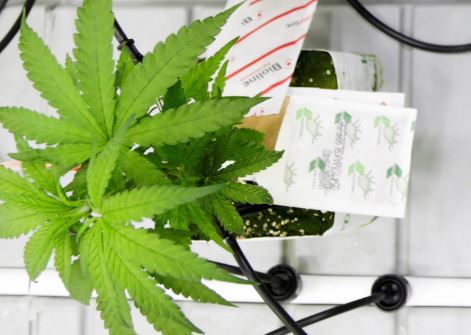 Marijuana sales officially began in Canada on Wednesday, making it the first G7 country — and the second country in the world after Uruguay — to legalize the drug for all adults.

Prime Minister Justin Trudeau campaigned on a promise to legalize marijuana, and his government delivered in the form of Bill C-45, otherwise known as the Cannabis Act.

While Trudeau cast the bill in a public-health lens, saying it would make marijuana more difficult for teenagers to access and erode black-market profits, the global financial community is eagerly looking at Canada to see how legalization plays out.

The bill legalizes marijuana but leaves it up to each province to set age limits and decide how to sell it. Some provinces, like Ontario — Canada’s most populous province and financial center — won’t have open storefronts on Wednesday.

Note: When will backward states like Virginia figure this out and stop ruining people’s lives?

Until Ontario’s Conservative government works out the kinks in its plan to open the market to private retailers, Ontarians will be able to purchase cannabis online.

Other provinces, like Alberta, will have cannabis available in privately-run stores on Wednesday for all adults over the age of 18. Quebec, on the other hand, is planning to raise the age limit to 21. All provinces will have only marijuana flower available.

Vaporizers, edibles, and marijuana-infused beverages are expected to be made legal sometime next year.

The Canadian government also announced it is rolling out a plan to pardon those who have past marijuana possession charges.