Special to the Cape Charles Mirror by Randall Parks

It is with both a little anger as well as disappointment when I read that two officials in the government of Cape Charles stated that Northampton County schools were in “dire straits” and somewhat responsible for the economic situation in which we find ourselves. I wondered how these gentlemen came to that conclusion and whether they were simply repeating what they had heard from their friends or perhaps at a random cocktail party they attended. While it is a truism that due to poor leadership from previous superintendents, three years ago our school system was suffering through a malaise evidenced by a very large teacher and administrative turnover coupled with parents taking their children out of our schools to send them anywhere else.

While the status of our schools is not up to the level those of us involved in bringing back our schools to their former position in our community would like, nonetheless great strides have been made since the advent of an elected school board and the hiring of Eddie Lawrence as our superintendent. He has lived on the Shore for more than thirty years (many of those years in Northampton County), knows our people, our children, and our culture. If you have attempted to call him and were unable to connect, he was probably out of the office visiting schools or attending a community event where the presence of the superintendent was expected. In short he works extremely hard, spending many hours in his efforts to improve our schools.

The morale in our schools has improved significantly given that our schools are in the throes of the SOL grading system fostered upon us by those people in positions of power who know what is best for the rest of us. The teachers and administrators have been under tremendous pressure to both make due with the resources given and make certain all students perform well on those tests which determine to the casual observer the state of our schools. I cannot overemphasize the effort and work by those adults who guide and teach the children in Northampton County schools on a daily basis. I am eternally grateful for their efforts and so should all citizens in our community rather than making unwarranted statements which do nothing more than foster a belief that we have terrible under-performing schools “in dire straits”. Kiptopeake Elementary School is now fully accredited and Occohannock Elementary and Northampton High School came within a total of five students of being fully accredited while Northampton Middle school improved significantly in three of the four benchmarks. Given the numbers of disadvantaged children we serve, the results we have realized and the improvements we have made during the past few years should be lauded rather than disparaged by those simply parroting the remarks made by members of our community who have a vested interest in degrading our schools. 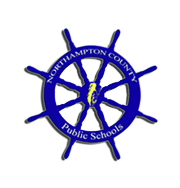 In the final analysis you get what you pay for, and until our state representatives reverse the trend during the last decade in which the state has reduced the monies given to education from 36% of the state budget to 29% costing our own locality literally millions of dollars, we will remain behind the eight ball. This fact coupled with the formula used by the state (the composite index) to determine the state money Northampton County Schools receives shows that our county is richer (and therefore receives less money per student) than Virginia Beach, Accomac County, Newport News, York County and…..well you get the idea. Any such formula is well, almost surreal, but is what we, the members of the school board are faced with. The board of supervisors have done their best to support our schools, but even with their support, we offer the lowest salaries of all school systems in our region.

Before the present school board assumed office our teachers had not had a raise in five years. Many of our teachers come from out of state as they are young and new teachers seeking positions in order to gain the experience to either return to their homes for teaching positions or move to an area which would pay thousands of dollars more than we are able to pay. We are essentially a training ground for new teachers or a depository for teachers who were unable to get jobs in a more affluent system. To some degree we have reversed the very large number of teachers leaving each year and the number of administrators not living in our community, but this problem continues to bedevil our efforts to build more stability into our system.

In conclusion, parents of students who simply pulled their children out of our system a few years ago are beginning to return as rather than simply listening to the disparaging remarks being said about our schools. They have investigated for themselves what is true and found such opinions patently false. We all should have an interest in our community schools be it for economic reasons, having school age children, or simply the good feeling and respect which comes with providing schools we can all be proud of.