Special to the Mirror by Sarah Morgan

I am writing to express my concern that there has been pressure on the Planning Commission and the Board of Supervisors by developers (especially one who has been quite vocal at recent meetings) regarding allowing residential on the Working Waterfront in Oyster.

There are several reasons this would be a bad idea: 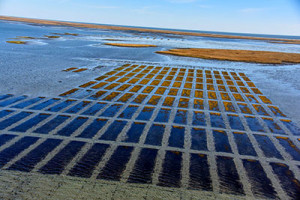 First and foremost, the area floods on a regular basis, with increasing frequency, cutting off Sunnyside Road from Broadwater Circle to its terminus at the end of the harbor. This raises safety questions for potential residents and especially as regards emergency personnel and their access to the area. These flooding events can and do happen in every season.

Secondly, the idea of “live/work” units has been floated by other developers, who have often been disingenuous regarding the living quarters proposed–at one point, there was a lavish printed brochure that promoted shops and markets on the ground floor (on the east side of the harbor) with “condos” above. Though the prospective developer denied the idea, the word “condos” was on the diagram printed in that booklet, and “zero lot-line” ownership was promoted heavily.

Third, working watermen and their aquaculture businesses contribute a great deal to the economy and character of the county. And if their waterfront commercial areas are threatened by developers, guess who will probably lose?

Just a few thoughts from a concerned citizen of Oyster. I feel that you as a body, the Board of Supervisors act together to govern my home county. Thanks for your energy and concern for our home.