The Tiny Desk Contest began in 2014, and according to NPR, they did it for one simple reason:  discovering new music. And since then, this contest has done just that. 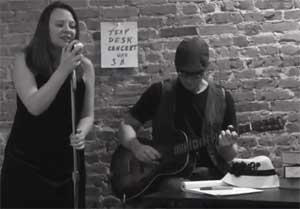 Our own local stars Scott and Melinda have taken up the challenge and entered the 2018 contest with a brilliant new song entitled “Bittersweet”.