In 1956, Swedish sailor Ake Viking sent a bottled message “To Someone Beautiful and Far Away” that reached a 17-year-old Sicilian girl named Paolina, sparking a correspondence that culminated in their marriage in 1958. While this is certainly one of the more romantic tales, lore, myth and intrigue have surrounded messages in bottles for many centuries. Dickens and Poe are just two writers to have used it their stories.

On November 24th, while taking a walk in the marsh behind his house, Thornton Tayloe found a bottle poking up out of the muck. Pulling it out, and then wiping off the mud, Tayloe noticed something inside–there was an actual note from March 10, 1979 in there. 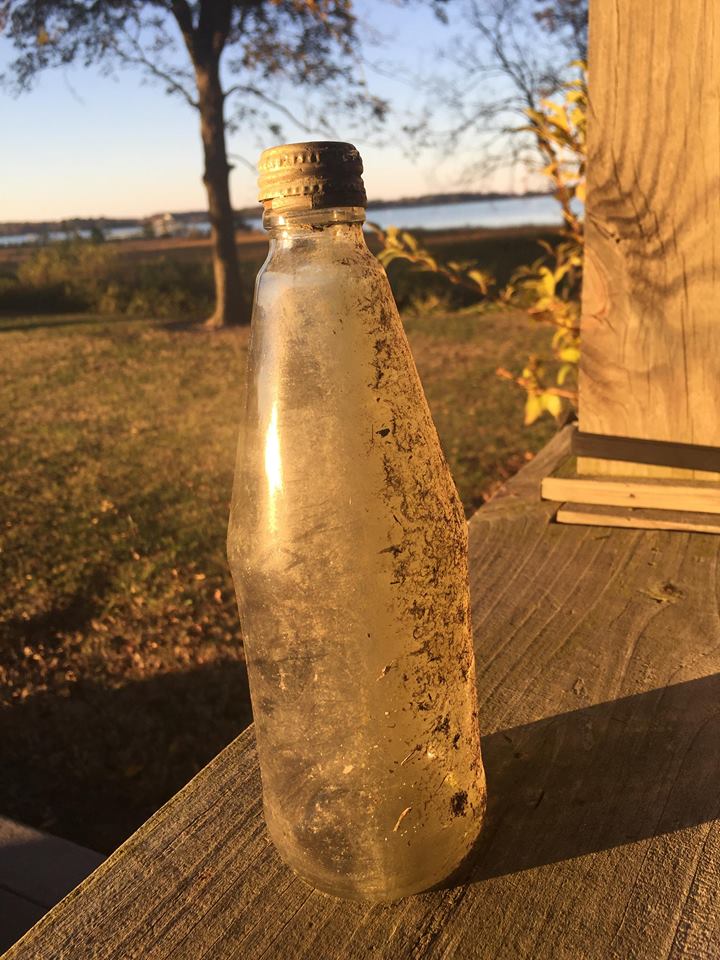