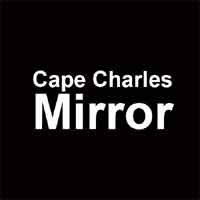 In the past, the Cape Charles Mirror has pretty much has given free reign to comments and some submitted articles and opinion pieces. In the past few weeks, we may have allowed this to go too far, in some way creating an environment resembling the wild, Wild West. In response to concerns from several members of the community, including this one, “the article slanders/libels more than half of the population in Northampton County, and the rights of slandered/libeled individuals are held by the law as more important than the freedom of speech and expression”, we are going to implement a set of guidelines for commentary and submissions based on the NY Times and Yahoo news best practices for online submissions and commentary.

While we will allow some dialog and argument to occur between parties, please attempt to refrain from “personal attacks, obscenity, vulgarity, profanity”. The Cape Charles Mirror is really interested in articulate, well-informed comments that are “relevant to the article”. We encourage your works, including your criticism of events and local government, as well as any insights you might have about life in Cape Charles and on the Eastern Shore.

• Be considerate and respectful of your fellow posters—this is a public forum.
• Write concisely and use punctuation to help others understand you.
• Comments shouldn’t harass, abuse, or threaten anyone’s personal safety or property, make false statements, defame, or impersonate someone else.

The Cape Charles Mirror should be a place where folks in the community can exchange intelligent and informed commentary that enhances the quality of information available to people living on the Eastern Shore of Virginia. We want to hear from you, and most of all, we want to hear all sides of the issues.