May 9, 2017 — U.S. commercial and recreational fishing generated $208 billion in sales, contributed $97 billion to the gross domestic product and supported 1.6 million full- and part-time jobs in 2015 — above the five-year average — according to NOAA’s Fisheries Economics of the United States report released May 9th.

The Annual Report to Congress on the Status of U.S. Fisheries shows that the number of domestic fish stocks listed as overfished or subject to overfishing remain near all-time lows, with two new stocks rebuilt in 2016.

In 2016, U.S. fisheries continued to rebuild, with the number of stocks on the overfishing and overfished lists remaining near all-time lows. Four stocks came off the overfishing list, while six stocks were added to the overfishing list. There were no changes to the list of overfished stocks in 2016. Two additional stocks — barndoor skate in Georges Bank/Southern New England and albacore in the North Atlantic — were rebuilt in 2016, bringing the total stocks rebuilt since 2000 to 41. 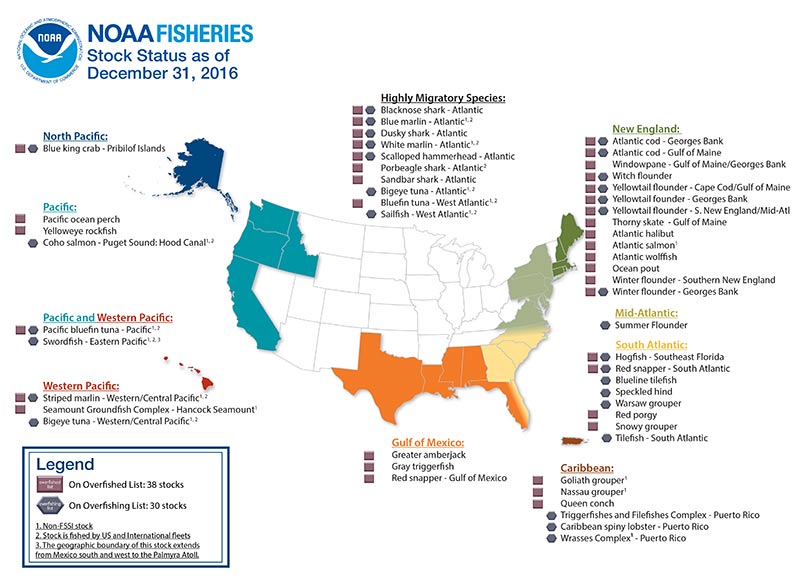