It should be noted that Gov. Terry McAuliffe,Tim Kaine and Mark Warner have advocated putting Virginia into play as a potential offshore drilling state.

The next phase of the federal 2017-22 plan for potential drilling off the coast is expected next month; Virginia, the Carolinas and Georgia were included in the first draft of the planned offshore leasing program released early last year.

In the letter to the bureau, Northam points to the negative impacts from drilling on coastal tourism, aquaculture, the military and NASA’s Wallops Flight Facility. NASA has stated previously that oil and gas platforms could interfere with rocket launches. 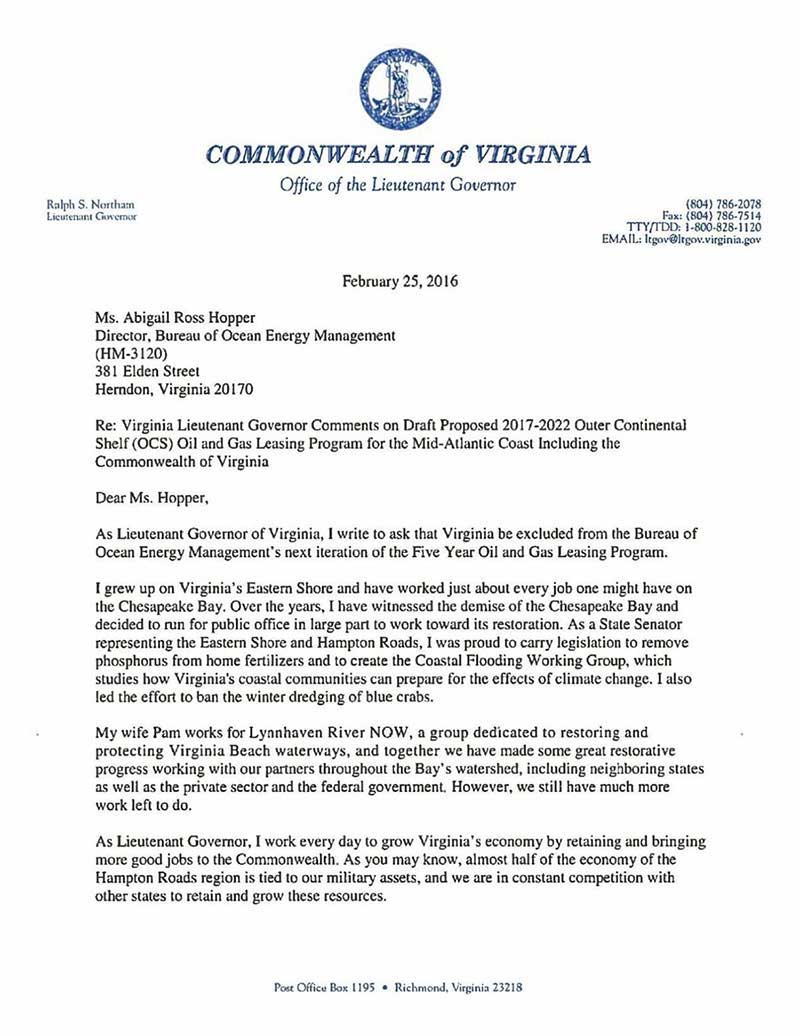