The match with Arcadia was an up and down struggle in the early going, with each side taking the lead. At the end of the first half, Arcadia led 13-8.

To begin the second half, the jackets rolled down the field with an aggressive running attack cornered by Carlton Smith. With a touchdown and a two-point conversion, Northampton led 16-13. Northampton soon added another score to extend the lead to 25-13.

The Arcadia squad, led by a talented and slippery James Bibbens at quarterback added another touchdown to cut the lead to 25-19.

Both teams were forced to punt on the next possessions. Arcadia sent a squirrelly punt over midfield to returner Coby Sparrow–Sparrow had mishandled an earlier punt that led to a turnover. In this case, the Arcadia cover team slowed down expecting Sparrow to let the ball go. Instead, he handled the bounce and quickly ran past the first wave, straight down the sideline for a 56-yard return for a touchdown. With the extra point, the game was pretty much a wrap at 31-19.

Each team added another score to finish 37-25 in favor of Northampton. 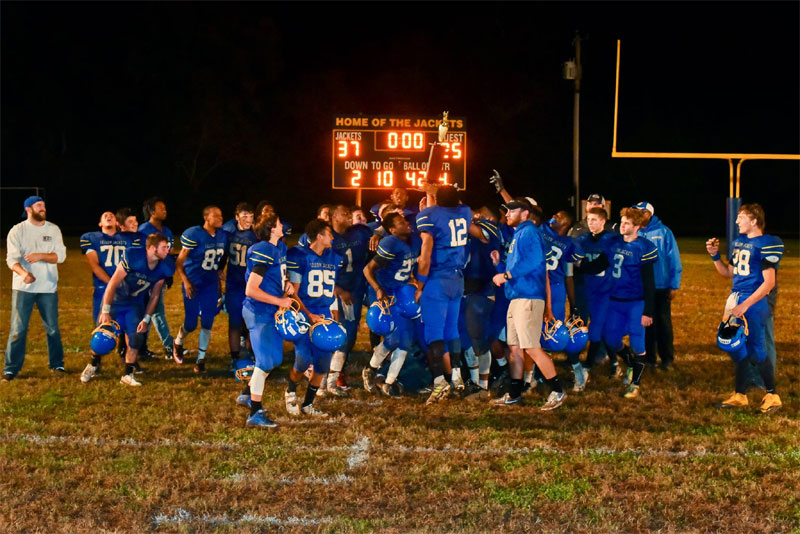 The win sealed the district championship for the Yellowjackets. Their first opponent in the state tournament will be announced later this week.