According to a new report released  by environmental group Center for Climate and Energy Solutions, renewable energy won’t be able to make up for the loss of carbon-free electricity resulting from a wave of nuclear-power plant closures in the coming decades.

This group’s report, which also includes policy proposals, represents a growing urgency among some environmentalists that carbon-free nuclear power should be part of the equation addressing climate change despite other big concerns, such as upfront costs and what to do with radioactive waste.

Note: Nuclear power provides 20% of America’s electricity, though more than 50% of its carbon-free power.

The U.S. Nuclear Regulatory Agency is gearing up to review requests from companies to run some nuclear reactors for an unprecedented 80 years, 20 years longer than current operating licenses. Assumptions about future emissions levels also assume the agency approves these requests, in a process that could take a couple of years. 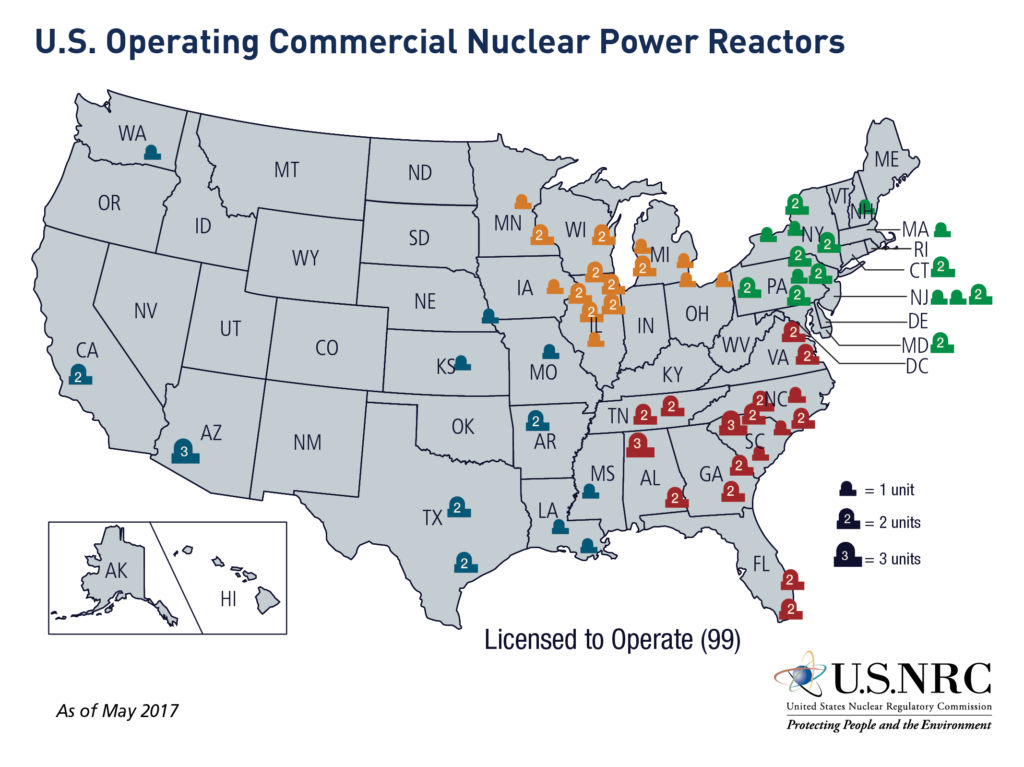