“The biggest issue is there is no provision for enhancing the safety of traffic leaving the Food Lion plaza and attempting to head south. The other thing I see as a problem is there should be a flashing yellow light down near the Chevron/Food Mart like they now have at the Cheriton/Townfield Road intersection, that changes to flashing when the stoplight to the north is about to change. The one they have now constantly flashes and is like so much white noise. When you get to that area it is the first place you’ve reached congestion and had to slow down for 30 miles and they need something like a wakeup call that traffic is coming up soon.” — Citizen comment sent to the Mirror.
The above comment says it all. As a result of a VDOT hosted meeting this week attended by former Supervisor Granville Hogg, RH Meyers, and David Boyd to explain the changes they were planning to make on US13 to the area south of Stone Road past Food Lion, it became clear that they were not planning to fix the main hazard of the dangerous crossover in front of Food Lion.  A lot of money was allocated to make some modernization improvements but not to fix the real safety problem.  Mr. Harman made it clear that petitions such as the one in the past with almost 200 signatures don’t count nearly as much as a barrage of emails to his office complaining about the hazardous crossover.
In  order to address these issues as many emails as possible should be sent immediately to: Mr. John Harmon, Location and Design Engineer for VDOT at

Comments should be kept simple, and non-technical such as:
a. Close the dangerous crossover between Food Lion and the Icehouse.

b. Stop the left turns out of Food Lion and the left turns from the ice house.
c. Fix the Food Lion entrance so that traffic can ONLY move in the direction of the 55mph flow northbound and the same for the west side of US13 southbound

d. The crossover opposite Food Lion is dangerous. Stop its use immediately.

e. –or any number of other ways to tell him to fix the ongoing safety hazard.

There exists a simple VDOT presentation manual about applying the safer standards to all new construction in which VDOT says that every effort should be made to eliminate left turns onto major highways.

The  VDOT manual can be found online and expands on improving the poor design that exists. But the bottom line is that left turns onto major roads are to be avoided if possible even in this manual where they have discussions to make bad situations better.

Notes from the manual:

See Pg 28  max acceptable number of signals are 2 per mile.

An increase in signal density from 2.0 or less to 2.1 to 4.0 signals per mile can result in a 70% increase in the average crash rate.
PG 29: 4. Type of entrance or intersection
As the potential number of turning movements increases, so do the conflict points, leading to a greater potential for traffic crashes, particularly for left turns into and out of entrances or at intersections

Pg 31   4) Partial Access One or Two Way Entrance Spacing – Left turn movements are limited (right in/right out with or without left in movement)
Pg 67: Conditions for providing an exclusive right turn lane when the right turn traffic volume projections don’t exceed the guidelines:
• Facilities having a high volume of buses, trucks or trailers.
• Poor internal site design of a entrance facility causing potential backups in the through lanes.
• Heavier than normal peak flows on the main roadway.
• High operating speeds (such as 55 mph or above) and in rural locations where turns are not expected by through drivers.
• Highways with curves or hills where sight distance is impacted.
• Higher functionally classified highways shall be considered so that the impact of turning movements on highways intended to serve through traffic is minimized.
PG 76: The number of crashes is disproportionately higher at entrances than at other intersections; thus their design and location merit special considerations
Below are the current proposed plans: 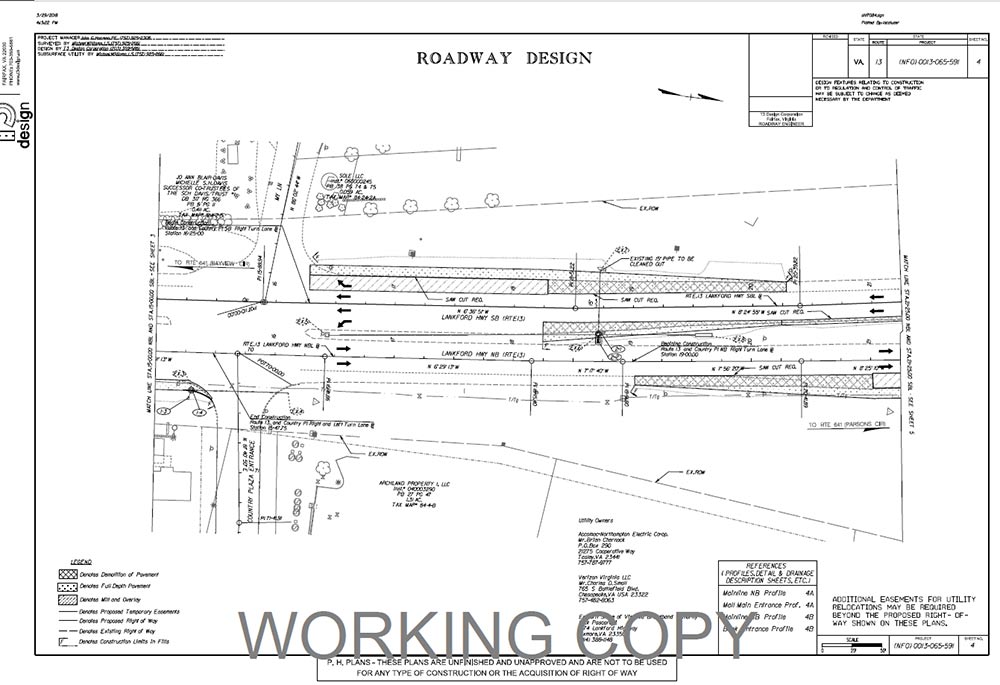 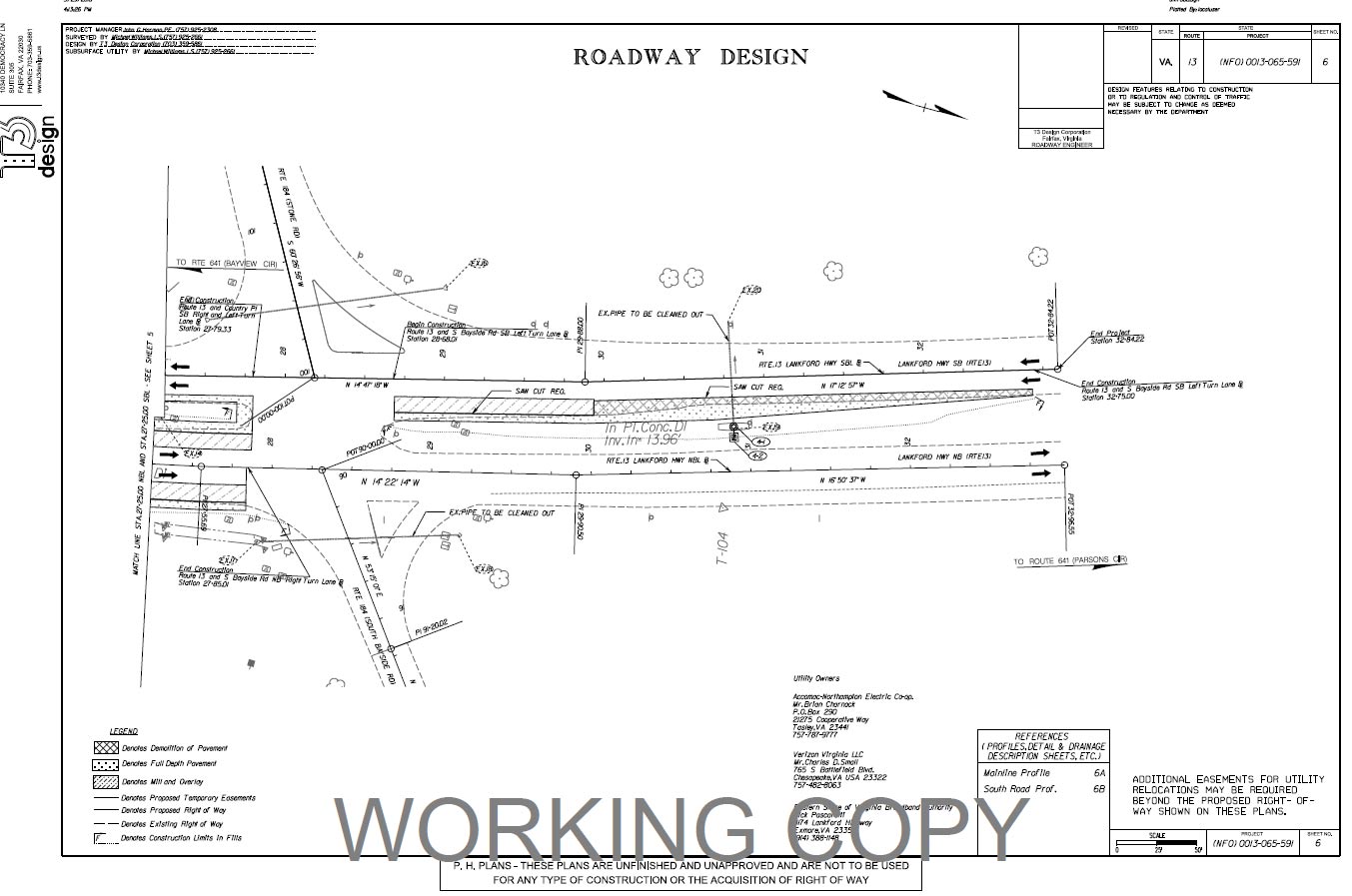