Environmentalists such as the Pew Charitable Trusts were hoping the Atlantic Menhaden Management Board would adopt new measures, called Option E, that would possibly leave up to 75 percent of the unfished menhaden biomass in the water as a way to rebuild the stock. The amount of menhaden fished would drop to about 147,000 metric tons a year. The Atlantic States Marine Fisheries Commission currently allows an annual harvest of 200,000 metric tons of menhaden. 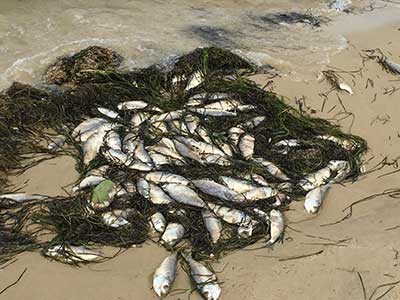 The Atlantic Menhaden Management Board, instead opted to reject Option E, and went with Option B, that basically keeps the management approach as is. Virginia’s delegation and all but a handful of the 17 others voted for Option B.

Environmental and recreational fishing groups continue to argue that menhaden are too important ecologically to wait any longer before implementing an ecosystem-based management plan that accounts for not just menhaden, but the other species that rely on them.

One reason for holding off on any reductions is that a scientific group is currently working on the “reference points” that will be used to create an ecosystem-based management plan. The reference points are expected to be finished in 2019. Consensus was that fishery managers should wait for that before committing to a plan that could pose “a risk to the fleets, a risk to the communities” that depend on them.