Science and Philosophy Seminar of the Eastern Shore of Virginia has scheduled a seminar, “Psychoanalysis: Past, Present, and Future” The free 90-minute seminar will be held at 12:30 p.m. on Friday, November 4 in the Lecture Hall of the Eastern Shore Community College, 29300 Lankford Hwy, Melfa, VA 23410. 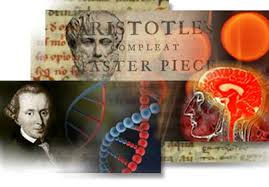 Van Smith will lead the seminar and will discuss how Freud and Jung sought ways of assuaging the distresses within the psyche by means of hypnotism, dream analysis, and the talking cure, but were not always successful. Later George Gurdjieff tried to understand the unique features of the human psyche.

Smith has an M.Div. from Yale where he became interested in Jungian psychology. He studied at the Jung Institute in Zurich, Switzerland. Later he became enthusiastic about Gurdjieff and his approach to self-development.