In 1947, Nell Shipman made a film on location in Cape Charles, ““The Clam-Digger’s Daughter or The Story of Mr.Hobbs.” The film was shown for a short time and then went into storage. Somewhere along the line, the second reel was lost—nobody actually knows how the film ends.

On May 5th, 6th and 7th, Arts Enter and the Palace Theatre will be premiering “The Clam-Digger’s Daughter”, an original play based on the film, and set in Cape Charles during the 1940s. The story follows the clam digger Hobbs, who, after the great storm of 33, has had a difficult time making ends meet as a working waterman. In hopes of getting a breakwater built to help protect many of the clam and oyster beds, he travels to New York to try and get a wealthy banker to finance the project. Hobbs is turned away, and his anger and disappointment sets in motion a series of events that put him and every one he knows in danger.

“Bill Neville of the Cape Charles Historical Society found the film, at least first reel, and had a screening of it at the Palace a few years ago. That’s the first time I saw it,” director Wayne Creed said. “Nell Shipman was working on a very tight budget, so it was a bit restricting for her.”

Creed and Co-director Amy Watkins loosely followed the film until the first reel ended, and then wrote an ending for it.

“While we did finish it, did write an ending, I think we also added richness and character to it. I thought the story was really very interesting, but due to the budget, Nell Shipman was limited in how much she could do. I think I understood her aesthetics and what she was going for and tried to follow her trajectory.” 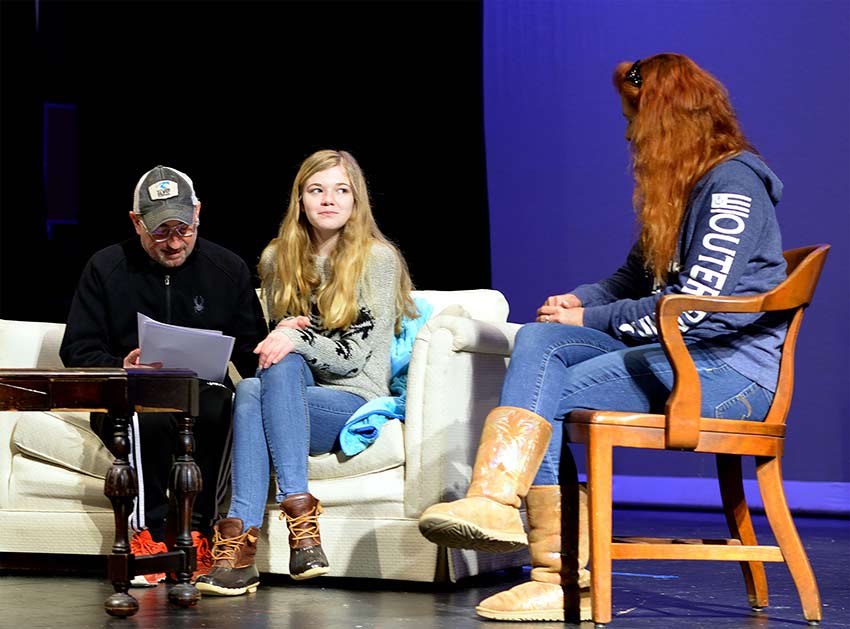 “We wanted to keep a lot of the charm and innocence of the movie, but we also added some new scenes, as well as live music and dance,” Amy Watkins, who is also lead choreographer, said. “Wayne added some new characters that really add to the story, but also bring out the flavor of living on the Shore. We did a good bit of research, and had so much help from folks at the Barrier Island Center and the Cape Charles Museum. We really wanted to be as authentic with the costumes, so that they matched that era as much as we could.” 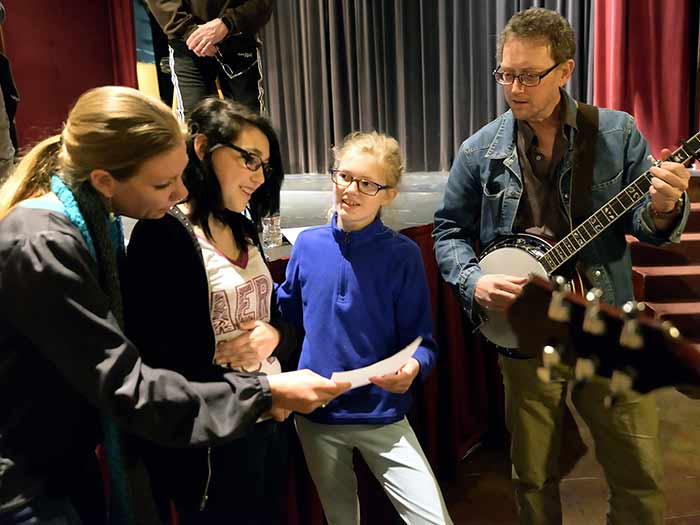 The play stars Allison Shockley and David Head as the clam digger and his daughter, Timmy. The music is provided by what Creed calls ‘The Clam Digger Band’.

“The music, the folks we have performing really elevates the level of the show,” Creed said. “We have Thelma Peterson who is performing an original song about waterman, and we have the most talented musician I know, Scott Wade on banjo and guitar. Allen Philpott is our music director, and he has been brilliant in taking a somewhat chaotic situation and making and pulling it all together for us.”

The show consists of mainly traditional folk and spiritual music, as well as some original works.

The Clam-Digger’s Daughter will be performed at the Palace Theater in Cape Charles.