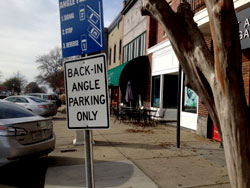 Looking to attain a more focused methodology as a way for Cape Charles to discover its true self, to ‘Brand’ itself,Town Manager Brent Manuel brought Kyle Meyer, Community Development Administrator, Dept of Housing and Community Development program to give a presentation on the Virginia Main Street program, a proven method to help streamline, and possibly fund the process. The Virginia Main Street Program is touted as a “preservation-based economic and community development program that follows the Main Street Four-Point Approach™ developed by the National Trust Main Street Center”.

The so-called Four-Point-Approach can basically be broken down into the components Organization, Promotion, Design and ‘Vitality’. Basically, this so-called ‘methodology’ is prompting losers like us to collaborate with each other, build consensus and create a unique, personal myth as a means to promote us as ‘losers not so much’, clean up our space so we don’t offend white middle class shoppers…oh, and vitality means doing whatever we can to bolster and prop up the merchant class so they can thrive, all at the expense of the ordinary people.

Essentially what this will entail is creating yet another organization (believe it or not the town has already done this) called the Main Street Committee, which will be focused on the so-called ‘revitalization of Cape Charles’. Eventually, this will lead to another ‘Board of Directors’ replete with a paid full or part time Executive Director to run this Felliniesque carnival. In a nutshell, this is yet another organization that will require chunks of taxpayer cash just to exist; as was mentioned many times that evening, to survive, this also has to be a ‘public-private’ partnership, meaning aside from them foraging through your pockets for any loose change (your taxes), you will also be expected to support the effort through generous donations.

This was a totally  ‘whatever, dude’ moment for me as it appears that what this ‘methodology’ is trying to accomplish has already begun, much to many of my homeboy’s chagrin. However, as I looked about the room, the audience was enraptured, glued to the powerpoint presentation like stupefied peasants staring at the forest. They were so deeply moved and delighted at the prospect of filling the greasy tills with more cash, for a moment I was in fear they might be carried away bodily and blissfully transported to heaven. It should also be noted that, aside from Councilman Godwin, there was not a single person that is actually from here-nothing but a roomful of transplants, mostly merchants, hell bent on creating the noxious, toxic environment they so fitfully ran away from in the first place. Go figure.

I was offended by the presentation almost immediately, when Mr. Meyer began with a case study of Harrisonburg, Virginia, which he described as, “I didn’t go downtown because there wasn’t anything there, there as a shady bar…but after the Virginia Main Street program, they now work with the university to bring students downtown.” Excuse me? I am a  graduate of James Madison University, and I lived in that ‘shady’ little town for seven years while finished my bachelor’s degree (ok, it was the 80’s, I partied a lot, played in bands, missed a lots of classes, was an English major that didn’t study very much, and found myself on the 7-year plan, much to my parents loving annoyance). This guy said ‘the Burg’s’ downtown only had one shady bar and no one went down there. Oh, really? Shady or not, we frequented places like the Elbow Room, where we saw Stevie Ray Vaughn before anyone knew who he was, or Buddy Guy or the Fabulous Thunderbirds, not to mention Bob Margolin, Rootboy Slim, Catfish Hodge, the Nighthawks and Skip Castro. What might have appeared to have been shabby and run down, was actually a bohemian paradise (at the time, JMU was still steeped in its liberal arts roots, and this Grateful Dead free dancing aesthetic seeped out into the town), English majors who thought they were poets, musicians, actors, dancers, filled with all the raggedy madness and riot that has since has been wiped out and destroyed by white middle class smoothness that methodologies like Virginia Main Street was happy to supply. 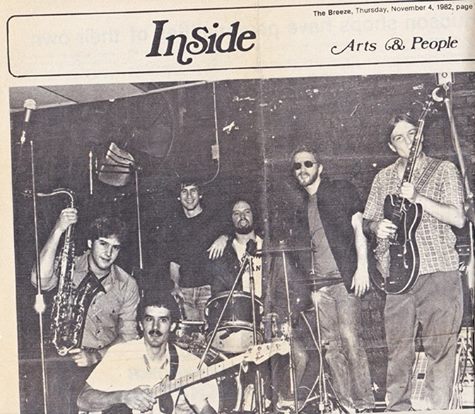 Then I remembered Virginia Rontopolous, who ran George’s diner, just off Main Street in the ‘shady’ part of town. Virginia was about 80 years old, and provided the best hangover remedy in town. I lived in Court Square, just around the corner; so many times I would slump up to the counter and order a cheeseburger, French fries and a coke. It worked every time. One morning, an older gentlemen was sitting at the counter, bragging to Virginia about how he remembered when the first television came to Harrisonburg. She just brought his coffee and quietly quipped, “Yeah, I remember when they came out with them radios.” Just across town from George’s was another favorite named ‘The Sanitary Lunch’, not to be confused with William S. Burroughs Naked Lunch, where a guy could get a cup of chicken noodle soup and a grilled cheese sandwich for under $2…for a $1.50, add a Pabst Blue Ribbon beer.

Of course, thanks to the Virginia Main Street program, places like George’s are all gone now, replaced by a bistro, or coffee shop, or high end gourmet shop, something that is now safe, and tickles the palate of the university’s petite bourgeoisie faculty. Virginia Main Street probably can be of service in some places, but one has to ask, at what point does revitalization cross over into gentrification? Back in the day, the Harrisonburg ‘Townies’ mixed, hung out and played music with students, at least the ones that lived on Federal Street. I doubt that happens much any more, now that Main Street has been revitalized.

Not surprisingly, the effort to promote this ‘methodology’, at least from the private sector, is being led by CCBA’s Andrew Follmer. More disturbingly, Mayor George Proto also seems fully behind this effort, lapping it up like a deranged shih tzu. We know all about the dirty tricks that went down with the last election, but when you look under the blanket at what’s really going on in this town,where they want it to go, you just have to shake your head. I try not to think about it, but when I remember that people actually voted for Proto instead of Frank Wendell, I just want to poke myself in the eye with a pencil…although, 3 or 4 martinis can take a little of that edge off. Sometimes….

Well, I guess with that it’s time for us to go back to the Main Street Committee to find out who we really are, so that we can find that perfect brand, the one that will truly define us-they are hoping this will send tourists flocking into not just our town, but all up and down the Shore, snaked as well onto the newly opened Artisans Trail. I guess that’s the golden ticket Charlie, the way forward is to consume our way into growth by embracing the concept of faux identity. Whatever, dude.