Blues were introduced into the James and Rappahannock rivers in the 1970s as trophy fish for recreational fishermen—Blue Cats now account for 75% of the biomass in parts of those two rivers, according to the National Oceanic and Atmospheric Association.They can grow to more than 100 pounds; devour crabs, herring and striped bass; and live for 20 years or more.

Capt. Rob Newberry, chairman of the Delmarva Fisheries Association, has stated that federal regulations going into effect Sept. 1 would require the U.S. Department of Agriculture’s Food Safety and Inspection Service to inspect catfish at processing plants and wholesalers. Newberry said the inspection of catfish issue came up in the 2008 farm bill, when a Mississippi congressman added language that states the inspection of foreign catfish needs to be mandated.

After meetings with watermen, processors and fish-cutters over the last several months, the USDA has revised its plan, according to spokeswoman Julie Schwartz. Calling it an adjustment in production coverage, she said that rather than require an inspector be on hand at all times during catfish processing, the regulation will mandate an inspector only “once per production shift.” This would apply to both whole fish sellers and those that process them into filets.

The more catfish caught – the better off the crab population and the livelihoods of the watermen who catch them.

And, they are delicious. 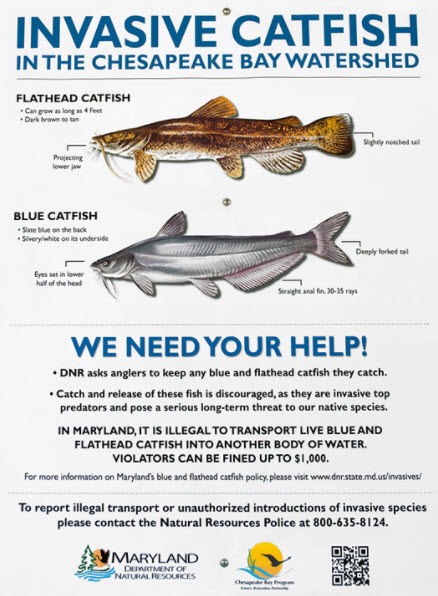