Yes, people, hype and hysteria, and to be frank, more political bull**** than I ever recall being subjected to in this country after a presidential election was over in the last seventy years, as in:

“I would have won had I not been subjected to the unprecedented attacks by Comey and the Russians, aided and abetted by the suppression of the vote, particularly in Wisconsin.”

That, of course, is Democrat and two-time loser Hillary Rodham Clinton being quoted in a puff piece entitled “Inside Hillary Clinton’s Surreal Post-Election Life” by Rebecca Traister in the Daily Intelligencer on 26 May 2017.

That puff piece starts as follows: 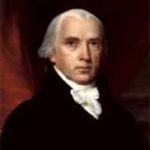 It’s the day after Donald Trump has fired FBI director James Comey, the man who many — including Clinton — believe is responsible for the fact that she is spending this Wednesday in May working at a dining-room table in Chappaqua and not in the Oval Office.

“I am less surprised than I am worried,” she says of the Comey firing.

“Not that he shouldn’t have been disciplined.”

“And certainly the Trump campaign relished everything that was done to me in July and then particularly in October.”

“Everything that was done to me?”

And that answer is nothing.

But that is just a triviality – Hillary will be whining about losing this election for the rest of her life, blame-casting everywhere but where blame should be cast, which is with herself.

So my purpose in writing doesn’t have to do with Hillary Clinton’s ceaseless whining and blame-casting; to the contrary, it has to do with all this hype and hysteria we are being fed on a daily basis by the media about how our supposed “democracy” itself is threatened, which point comes across once more in that Daily Intelligencer puff piece as follows:

But “having said that, I (Clinton) think what’s going on now is an effort to derail and bury the Russia inquiry, and I think that’s terrible for our country.”

Terrible for our country?

Sounds pretty grim to me, as if the end of the world is quite near, or maybe even gone past, but we just haven’t realized it yet, being slow to process information more than a few words long as we are in this country today.

Getting back to the puff piece:

History, says Clinton, “will judge whoever’s in Congress now as to how they respond to what was an attack on our country.”

A attack on our country?

When and where did that happen?

Did anyone hear anything about it?

I didn’t think so, because there was no attack on “our country.”

But here is how our special and precious Hillary qualifies that in the puff piece:

“It wasn’t the kind of horrible, physical attack we saw on 9/11 or Pearl Harbor, but it was an attack by an aggressive adversary who had been probing for many years to figure out how to undermine our democracy, influence our politics, even our elections.”

If the Russians really wanted to see “our democracy” undermined, all they would have to do is to stand back and watch, because democracies throughout history are and have always been inherently unstable, which is why wise men back at the beginning of this nation’s history totally rejected democracy as a form of government in this nation.

In the Daily Intelligencer puff piece on 26 May 2017, we were informed that Hillary’s hope, in the wake of Comey’s dismissal, is that “this abrupt and distressing action will raise enough questions in the minds of Republicans for them to conclude that it is worthy of careful attention, because left unchecked … this will not just bite Democrats, or me; this will undermine our electoral system.”

What is undermining our electoral system in this country is not the Russians, it is the abject ignorance of people in this country who cannot read more than two or three words in a row without getting intellectually overwhelmed, but who vote, nonetheless, because in this country, you can be totally illiterate and totally ignorant of what is going on around you in the world, and yet, your vote is worth just as much as the vote of the wisest among us, assuming there still are any of that caliber left around in this country today.

As to democracy and Marxism, school boy/girl history as used to be taught in this country back when people had to know how to read to even get into high school, let alone graduate, and modern-day Wikipedia tell us that the role of democracy in Marxist thinking may refer to the role of democratic processes in the transition from capitalism to communism or capitalism to Marxist socialism.

Long ago, before Hillary Clinton was even born, and this as well is school boy/girl history in this country, or used to be, Leninists in Russia believed democracy under capitalism was an unrealistic utopia because in their belief system, they believed that in a capitalist state, all “independent” media and most political parties are controlled by capitalists and one either needs large financial resources or to be supported by the bourgeoisie to win an election.

That reference to large financial resources happens to be Hillary Clinton in spades.

In “The State and Revolution” by Lenin in Chapter 5, he states:

When she says, “our democracy,” that democracy for the rich is exactly what Hillary Clinton is talking about.

And for the record, those words were penned by Lenin back circa 1917, which is a hundred (100) years ago now, so the Marxists (i.e., the Russians) have been studying democracy for a long time now, notwithstanding that Hillary Clinton and the majority of the American people and media seem to be totally unaware of that.

The democracy that Marxists aim to achieve is a workers’ democracy also known as the dictatorship of the proletariat which would consist of political power being held by the working class (the majority demographic of society) and state power wielded in their interests, and Marxists also hold that a workers’ democracy (the dictatorship of the proletariat) is only a temporary and transitional form necessary prior to the establishment of a communist society.

So, how is this supposed “democracy” Hillary Clinton says we have in this country different than the Marxist form of democracy?

Don’t look for an answer to that question in the main stream media, or from Hillary Clinton, because none of them are going to answer that question.

Where is supposed democracy taking us to in this nation?

Why will it take us in a different direction than Marxist democracy?

Again, no answers forthcoming, just a flood of even more bull****.

If they meddled in our elections, how did they do it?

If they interfered in our elections, how did they do it?

If they meddled or interfered in our elections, then why and how did Hillary Clinton amass more popular votes than Trump did?

If the Russians wanted Trump to win, and perhaps they did, and they had this power over the American people, which is entirely possible and feasible if the American people are now ignorant enough to become Russian or Marxist pawns, and power over the electoral process to such a degree that they could successfully meddle in it, then why didn’t they ensure Trump would win the majority of the popular vote?

And that answer is because they did not have such a degree of control, or any control at all, for that matter.

So why then, are we being fed this crap about the Russians meddling and interfering in our elections?

Is there anyone in here intelligent enough to riddle us that, so we can finally understand what all this hoopla in the media concerning all this alleged Russian meddling and interfering in our elections is all about?

The candid world would very much like to know.