The Mirror was able to take a few moments to catch up with Rob Stubbs, Northampton Candidate for District 1 Supervisor, and ask a few questions about why he is running, and why he should be representing you in District 1. Why have you decided to run, and what aspect of working in local government […]

The Northampton County Sheriff’s Office will Halloween Safe Night Out on October 30th 5:30 to 7:30 on the Sheriff’s Office Lawn. Come out for a night of Games, Hayrides, Food and Drinks, and a Bounce House.

The following letter is submitted by Bill Payne of Cape Charles On November 2nd I’m voting for Finale Johnson Norton and I’d like my friends and neighbors on the Eastern Shore to join me.  You may ask why I support her candidacy for the Virginia House of Delegates. I’m voting for Finale because when I […] 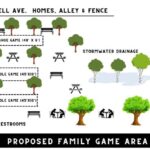 In 2015 Citizens for Central Park (CCP) raised $30,000 to replace all of the wooden playground items in the park. CCP has also received $10,000 from Paul & Maria Henderson to improve the Children’s Playground. An additional $6,000 was raised thru Facebook. Some funds were used to replace the Zip-Line in 2021, and a GaGa […] 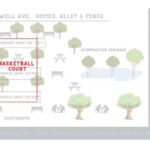 During its proposal for improvements to the Children’s Playground, the Citizens for Central Park mentioned that they had also mulled the opportunity of building a basketball court. While the group agreed that a court would be beneficial to the youths of Cape Charles, that idea did not go far. Foremost, CCP felt the residential area […] 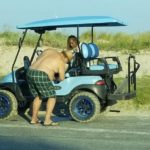 The Cape Charles Town Council voted to keep the requirement that golf carts must have seat belts. Since there has never been a documented case of anyone ever using a seat belt device on a golf cart in Cape Charles, Vice Mayor Bennett requested that the Council consider removing the seatbelt requirement from the annual […]

VDOT has notified the town that they will be back in Cape Charles next week to continue their street sweeping.  On Monday, October 25, they will be sweeping along Bay and Randolph Avenues and Fig Street, beginning at 8:00 a.m. On Tuesday, October 26, they will begin sweeping Mason Avenue at 6:00 a.m. The town […] 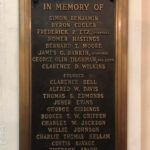 The Cape Charles Town Council has voted to remove the WWI plaque from the front of the Cape Charles Memorial Library, and place it in the ‘history’ room. In 2019, the town Library Board requested to have the plaque removed, shrouded, and placed in storage so that anyone that was unaware that it even existed […] 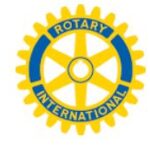 The Cape Charles Rotary Club will host a political debate for the Town of Cape Charles Town Council candidates, Ellen O’Brien and Herb Thom.  The Forum is scheduled for Tuesday, October 26, 2021, at 6:00 p.m. at the Cape Charles Civic Center, 500 Tazewell Avenue. The Forum will also be broadcast live via Facebook on […]

The Cape Charles Town Council voted to award Davis Disposal Co., Inc., of Craddockville, VA the contract for waste collection and disposal services. The contract was advertised on September 9, 2021, with the only bid coming from Davis. Davis is the current service provider with a contract expiration of October 31, 2021. The Base bid […] 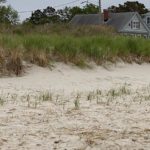 Town Council has reappointed Bill Prickett to another term on the Wetlands Board. His term was set to expire in November. Mr. Prickett expressed his interest in continuing his service on the Board for another term. Bill has been serving on the board for several terms and was instrumental in developing the town’s current Beach […] 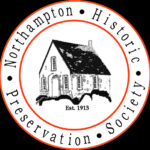 At 10:30 a.m. on both Friday, October 29th and Saturday, October 30th, Dr. David Scott will conduct the third lecture in his genealogy series, entitled, “How to use DNA testing to further your genealogy research”.  To accommodate the expected interest, NHPS is offering the same session on two consecutive days and will limit the number […] 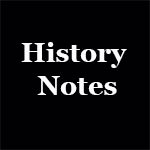 202 B.C.: At the Battle of Zama, deep within the Tunisian territory of Carthage, Roman General Scipio Africanus engages with and decisively defeats the great Carthaginian General Hannibal Barca, who, for the last 16 years, had occupied and systematically raided Roman colonies in the Iberian Peninsula, and after his dramatic crossing of the Alps, Italy itself. Hannibal’s domination of the […]

Meet Tony! “OMG, it was like trying to catch a minnow with your hands!” That’s how one of our volunteers described the experience of trying to corral Tony to make sure he didn’t dash out into the hallway when someone opened the door. Not a bad description. This little 19 lb. beagle mix is curious […]

VIRGINIA BEACH, Va. — The Virginia Beach SPCA has taken in 45 dogs after they were rescued from a reported hoarding situation on the Eastern Shore, and now they’re reaching out to the public for help in covering the costs of caring for them. According to a post on their Facebook page, the dogs are […] 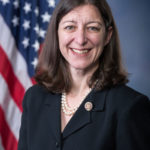 WASHINGTON, D.C. — Congresswoman Elaine Luria, a member of the Select Committee to Investigate the January 6 Attack on the U.S. Capitol, today voted to find Stephen K. Bannon in contempt of Congress for failure to comply with a congressional subpoena. The matter will now be referred to the United States Attorney General for the […]

WASHINGTON, D.C.— On Monday, October 25, U.S. Secretary of Energy Jennifer M. Granholm will join U.S. Senator Mark Warner and U.S. Representatives Bobby Scott (VA-03) and Elaine Luria (VA-02) in Portsmouth and Newport News, Virginia. The trip will showcase the pioneering research from the nation’s labs advancing the breakthroughs of tomorrow and highlight how the […]

Despite the narrative and all the political ads, Hollywood, Tech Elites, and the wealthy 1% are the only real benefactors of modern “liberal” policies. President Joe Biden touts his proposal for another $5.5 trillion of welfare spending, saying it’s “an ambitious plan to create jobs, cut taxes, and lower costs for working families — all […] 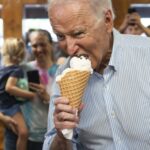 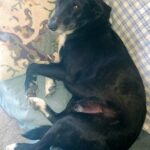 Lost Dog, Please Help Jazz is missing on the Eastern Shore, last seen in the Machipongo area off Church Neck road at Waverly Farm development near Glebe. She has a collar that says Jazzy. If you see her please call 804 240 7577 or 757 607 6299. She went off chasing deer in an unfamiliar […]

For nearly 20 plus years, Technopref’s Precast Division has been producing high-precision precast concrete elements for the tunneling industry.  Recently, the division secured a project in the greater Hampton, VA corridor.  They are currently seeking ambitious and meticulous talent to add to the team located in Cape Charles, VA.  They anticipate filling several roles over […]

While many citizens were preparing for upcoming street sweeping operations, that has all been put on hold. Due to mechanical issues with VDOT’s street sweeper truck, the scheduled street sweeping in Cape Charles has been postponed until further notice. The town will reschedule the sweeping and send out a notice when it receives further information […]

The Cape Charles Rotary Club will host a political debate for the Town of Cape Charles Town Council candidates, Ellen O’Brien and Herb Thom on Tuesday, October 26, 2021, at 6:00 p.m. The event will be held at the Cape Charles Civic Center, 500 Tazewell Avenue. The Forum will also be broadcast live via Facebook […]

The Cape Charles Historic District Review Board has a meeting scheduled for 10/19 at 6:00 p.m. On the docket are Applications for Certificates of Appropriateness to renovate the existing home and construct a rear addition at 520 Randolph Avenue, and for the renovation of a front porch and add 2-story rear addition at 501 Jefferson […]

There are unfilled positions on some of Cape Charles’ town boards. The Cape Charles Building Code Board of Appeals and Harbor Area Review Board each have open positions. If you would like to serve serving on either of these boards, or any of the other town boards or Planning Commission,please complete the Application for Boards […]

The Capital Projects team held a kick-off meeting with HBA, the firm in charge of the project to evaluate options for improved town office spaces. The town and HBA are in the process of first scheduling an assessment of the current state of the Municipal building on 14 Plum, and the Cape Charles Library. A […]

FOIA requests were received for the names and addresses of full-time residents, as well as a list of business recipients who were awarded money from the Small Business Recovery Assistance Grant Program. The Finance Department calculated fees and the bill was sent for the request of citizen names. The request for businesses that received funding […] 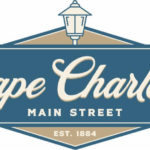 The Transformational Survey is now closed.

Need a golf cart? The Cape Charles Christian School is raffling this golf cart. The cart was generously donated by Ralph Dodd. Tickets are $10 for one, and 3 for $25. The winners will be drawn on December 17th. You can purchase tickets at Rayfield’s Pharmacy, or by calling 757-331-1717. 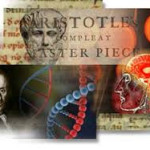 Science and Philosophy Seminar of the Eastern Shore of Virginia has returned, and has scheduled a seminar, “On the Home Front: A London Suburb and WW-II.”  The free 90-minute seminar will be held at 09:30 a.m. on Friday, October 15 in the Room 113 of the Academic Building of Eastern Shore Community College, 29300 Lankford […]

Every holiday season, the Virginia Museum of History and Culture creates and sells a Christmas ornament that supposedly “gathers the various regions of the Commonwealth of Virginia (Southwest, Northern, Central, Tidewater, and the Shenandoah Valley) together under a beautiful forest of evergreens, lavishly decorated for the holidays”. The 2021 version of the ornament, like many […]

The Eastern Shore SPCA has many new dogs that are still going through the intake process (who you will meet very soon) and a kitty room full of meow love waiting for new homes. Naturally, some of the food supply is quickly dwindling. If you can help they are in great need of Purina One […] 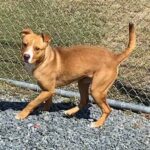 539 BC: Cyrus the Great of Persia captures Babylon, adding another huge swath of fertile territory to what became the largest unified empire on earth up to its time. Cyrus maintains an honored place in Western Civilization as one of the early progenitors of a centralized state managed by the rule of law. He integrated conquered peoples […] 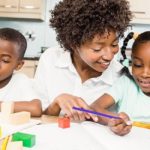 The decline in public school enrollment this fall has been documented in several key cities, including Los Angeles, Chicago, and Seattle. The Los Angeles district schools lost 4.76 percent of its public school students last fall, while this year it lost an additional 6 percent. Many school districts count student enrollment data in October which […]

Terry McAuliffe, it turns out, sends his children to the private Potomac School in McLean, Virginia, outside of Washington, D.C., and the candidate’s wife Dorothy McAuliffe served as chair of the board of trustees for the school while their children were students. An annual report published by the Potomac School in 2008 and obtained by […]

More Posts from this Category