In September of 2016, the Northampton Wetlands Board, expecting a routine violation, were instead shocked to find one of the worst environmental events in recent history. The property, owned by Benjamin Mathai of Manassas, Virginia had been clear cut from the back property to the point, destroying and disturbing not only tidal wetlands, but a large swath of the state’s Resource Protection Area. Grasses and dirt were removed using heavy construction equipment, and a large mass of old, historic loblolly pines were cut down. This work was done without a permit. 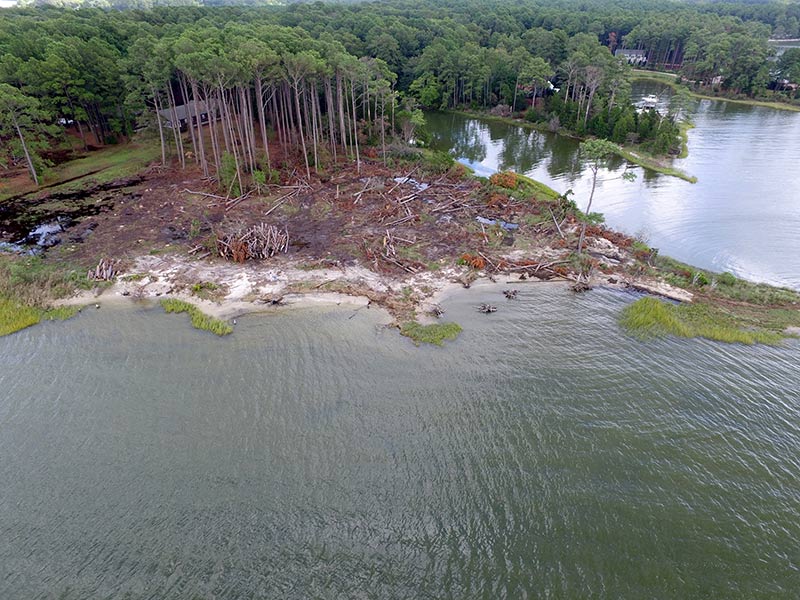 This week, the property owner Benjamin Mathai had his day in court. The evidence presented by Bruce Jones, who was acting as both County and Commonwealth Attorney in the case, was provided by Planning Development Inspector Kelly Parks. Parks showed photographic evidence of the property’s current condition as well as before and after photographic documentation.

Mr. Mathai’s main defense was that he was unaware that the contractor he hired was going to clear cut the 3 acres of trees up to the edge of the creek.

Mathai was found guilty and sentenced to 24 months in jail, with all but 40 days suspended, has to pay $1500 in fines (on top of the $10,000 civil fines he already paid), and also has to restore the damage to the ecosystem. The estimated cost of the restoration is $150,000.