Sarah Jeong, who will be joining the New York Times editorial board in September, has expressed open disdain for white people in numerous tweets sent between 2013 and 2015.

Jeong’s Twitter account is replete with racial insults against white people, whom she has described as “groveling goblins,” “bullshit,” “miserable,” and “dogs.”

“Dumba** f***ing white people marking up the internet with their opinions like dogs pissing on fire hydrants,” Jeong wrote in November 2014. “Are white people genetically predisposed to burn faster un the sun, thus logically being only fit to live underground like groveling goblins,” she wrote a month later. Granted, this is hilarious, but as a white man that subscribes to the Times, I wonder if I’m still a demographic that they are interested in? 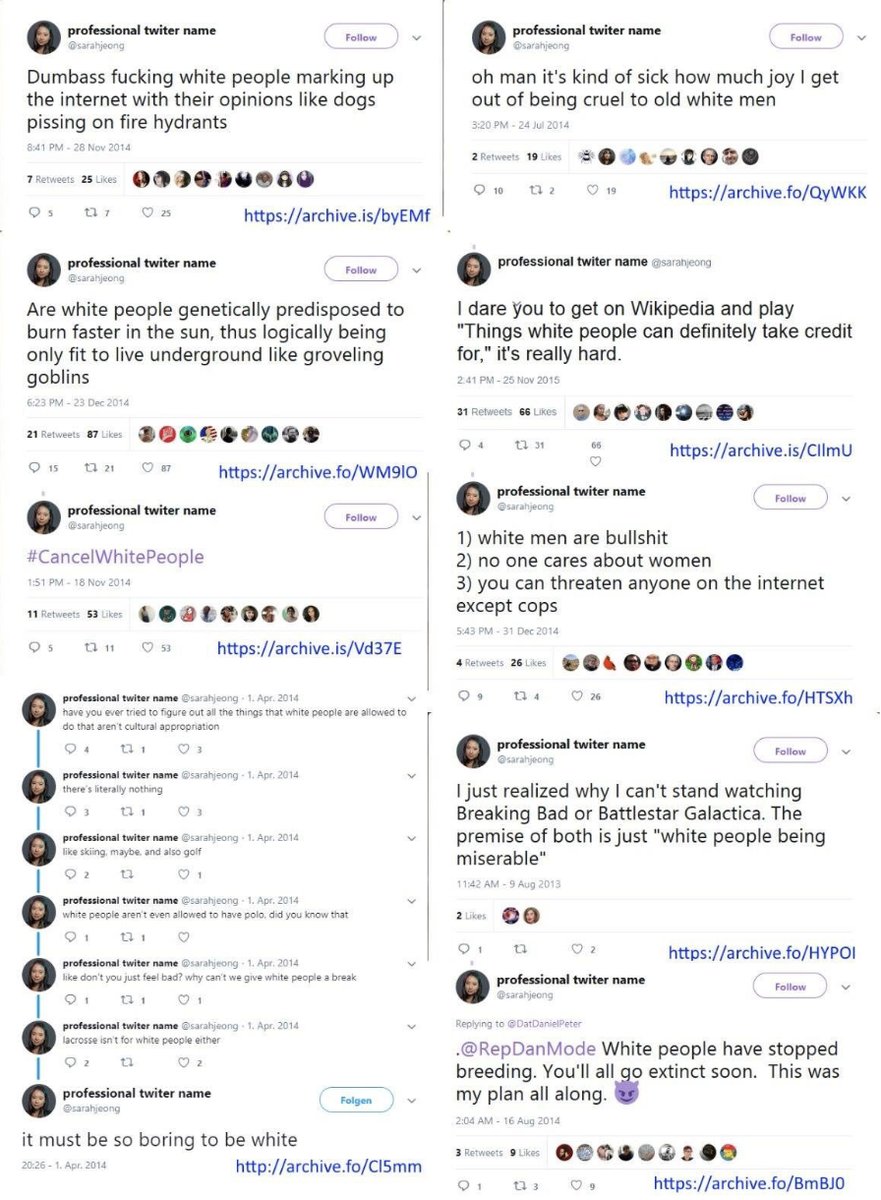 Below is the response from the Times PR department, which has been working overtime to come up with a whole new definition for BS:

Our statement in response to criticism of the hiring of Sarah Jeong. pic.twitter.com/WryIgbaoqg

Should Jeong be fired for these tweets? No, of course not. The New York Times is a very high profile company, and Jeong is a somewhat public figure.

The problem is that after the 3-year old tweets surfaced, as predicted the social media hit squad went into action. Immediately after the announcement of her hiring, without missing a beat, some of Sarah’s old tweets began to surface.

These social media lynchings are getting out of hand.

Were her comments racist back in 2014? Yes, but is that who she is today? We don’t know but hopefully, the NYTs does. If they don’t, well then they’re just hypocrites. They did fire another journalist, Quinn Norton, earlier this year when old tweets surfaced of her saying slurs about African Americans and gays.

Still, the mob should not be the ones to make that decision.

A final note from a veteran of the Korean War: