Opinion to the Mirror by Paul Plante

Before I continue with this call for Sonia Sotomayor to resign from the United States Supreme Court for abusing and disregarding her judicial oath of office, I would like to make it clear that I do not know former U.S. Senator Al Franken, I never voted for him, I never was a fan or partisan of his, nor do I know what he really did to get himself kicked out of the United States Senate, nor do I really want to know, to be truthful, when it involves him trying to slip some woman some tongue when she clearly did not want it.

How icky is that, people?

And I also want to make it clear on the record that I do not condone any of the alleged conduct that caused Al Franken to get kicked out of the U.S. Senate.

Good riddance to the dude is my thought. 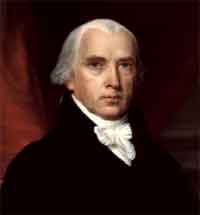 Which then takes us to U.S. Supreme Court Justice Sonia Sotomayor, who should join Al Franken on his journey out of Washington and out of our government for willful violation of her judicial oath in 2005 to protect endemic public corruption in New York state.

As to the oath Sonia Sotomayor has violated, pursuant to 28 U.S. Code § 453 – Oaths of justices and judges, it is stated therein that each justice or judge of the United States, and this would include Sonia Sotomayor as a circuit judge on the federal 2d Circuit Court of Appeals in 2005, when she allowed then-New York State Attorney General Eliot “Longshanks” Spitzer to get away with a “slimeball” lawyer’s trick known as the “Old Switcheroo,” where compromising evidence is removed from the record in order to defeat a federal civil rights lawsuit, shall take the following oath or affirmation before performing the duties of his office: “I, ___ ___, do solemnly swear (or affirm) that I will administer justice without respect to persons, and do equal right to the poor and to the rich, and that I will faithfully and impartially discharge and perform all the duties incumbent upon me as ___ under the Constitution and laws of the United States. So help me God.”

In 2005, Sonia Sotomayor, then a circuit judge on the federal 2d Circuit Court of Appeals in New York City, turned her back on that oath, renounced it in turn for political gain for herself, for which reason she should resign from the United States Supreme Court in disgrace.

And for the record, by way of comparison, the Oath of Office Al Franken took to be a U.S. Senator is as follows:

I do solemnly swear (or affirm) that I will support and defend the Constitution of the United States against all enemies, foreign and domestic; that I will bear true faith and allegiance to the same; that I take this obligation freely, without any mental reservation or purpose of evasion; and that I will well and faithfully discharge the duties of the office on which I am about to enter: So help me God.

Before we go further, note the huge difference between Al Franken’s oath and Sonia Sotomayor’s oath.
Franken, who got kicked out of the Senate for slipping a woman the tongue back when he was a stand-up comic on TV, not a senator, vowed to support and defend the Constitution of the United States against all enemies, foreign and domestic, and that he would bear true faith and allegiance to the same.

Sotomayor, who sits on the U.S. Supreme Court, vowed to administer justice without respect to persons, and do equal right to the poor and to the rich, and then she didn’t, and willfully so, so that she could get noticed by the powerful people she needed to notice her, if she wanted to move up to the high court.

If Al Franken should be forced to resign from the U.S. Senate for slipping a woman the tongue, why should Sonia Sotomayor be rewarded with a federal judgeship on the U.S. Supreme Court for selling out justice in 2005 while a circuit judge on the federal 2d Circuit Court of Appeals in New York City?

Why a double standard?

Getting back to Al Franken, he was forced to resign over allegations of what today is being called “sexual harassment,” which the U.S. Equal Employment Opportunity Commission in their wisdom tells us can include unwelcome sexual advances, requests for sexual favors, and other verbal or physical harassment of a sexual nature, although harassment does not have to be of a sexual nature, and can include offensive remarks about a person’s sex.

For example, it is illegal to harass a woman by making offensive comments about women in general.

However, and this is relevant, both victim and the harasser can be either a woman or a man, and the victim and harasser can be the same sex, as we can see from a New York Times article entitled “Accused of Sexual Harassment, Andrea Ramsey Ends Kansas Congressional Run” by Jacey Fortin on December 15, 2017, to wit:

A woman running to flip a Kansas congressional seat from red to blue next year is ending her campaign after allegations surfaced that she had sexually harassed, and then fired, a former subordinate.

Andrea Ramsey, 56, is a retired business executive who worked in the nonprofit sector before deciding to run for office as a Democrat in next year’s congressional midterm elections.

She was one of a growing number of women inspired to seek office in the wake of President Trump’s election.

But this month, The Kansas City Star newspaper asked her about a 2005 lawsuit that accused her of sexually harassing a man at LabOne, where she was the executive vice president of human resources, and then firing him after he rejected her advances, a claim Ms. Ramsey denies.

Ms. Ramsey is the rare — perhaps the only — woman in public life to face consequences from a sexual harassment accusation in the weeks since journalistic exposés spawned the #MeToo movement.

She said that her political opponents were using the false allegations against her, and she criticized the Democratic Party for implementing a “zero tolerance standard.”

Meredith Kelly, the communications director of the D.C.C.C., said in an emailed statement: “Members and candidates must all be held to the highest standard.”

If that is true, that “members and candidates must all be held to the highest standard,” then should it apply to Democrat judges, as well, like Sonia Sotomayor?

Getting back to the EEOC:

Although the law doesn’t prohibit simple teasing, offhand comments, or isolated incidents that are not very serious, harassment is illegal when it is so frequent or severe that it creates a hostile or offensive work environment or when it results in an adverse employment decision (such as the victim being fired or demoted).

And that, people, is what underlies the matter that was ultimately before Sotomayor in 2005, the creation of a very hostile and offensive work environment for myself as an associate public health engineer in Rensselaer County in 1988, when I refused to take bribes or honor bribes taken to circumvent the codes and regulations intended to be protective of life, health and safety, which campaign of harassment was then incrementally ratcheted up until August 22, 2001, when corrupt Rensselaer County, with the aid and assistance of the State of New York, including its State Police, and the Office of the U.S. Attorney for the Northern District of New York had me incarcerated in the secure mental facility of the Albany VA Hospital based on a fraudulent New York State Mental Hygiene Law 9.45 Psychiatric Arrest Order to deter an investigation I was conducting as a New York state licensed professional engineer into endemic public corruption in the Rensselaer County Department of Health.

That I was in fact seized by Albany, New York VA Hospital staff and involuntarily confined, detained, incarcerated or otherwise committed to the secure mental health ward of the Albany, New York VA Hospital, based on nothing more than the unlawfully issued New York State Mental Hygiene Law 9.45 involuntary commitment order which was unlawfully executed by John Christian Braaten of Samaritan Hospital of Troy, New York on August 22, 2001 was confirmed in an affirmation of Assistant New York State Attorney General Lisa Ullman to Rensselaer County Supreme Court dated August 16, 2002, approximately one (1) year after my false arrest, wherein was stated under oath as follows:

2. This proceeding was commenced by pro se petitioner Plante under Article 78 of the Civil Procedure Law and Rules (“CPLR”), who requested a court order compelling the release of certain mental health records.

Specifically, Petitioner had been involuntarily committed to the Veteran’s Administration Hospital pursuant to Mental Hygiene Law 9.45 for several hours on August 22, 2001, and had obtained redacted versions of documents pertaining to that commitment.

So what was Spitzer to do?

Ah, yes, find a judge who would make that evidence that I was unlawfully incarcerated disappear.

POOF, one day, there was a fire.

So, enter Sotomayor, who I was actually face to face with, and I admit, she scared the hell out of me.

“God help the nation if she is a federal judge,” was my thought at the moment.

So, Spitzer and Sotomayor did a deal, and Sotomayor allowed Spitzer to make that August 16, 2002 affirmation of Assistant New York State Attorney General Lisa Ullman to Rensselaer County Supreme Court disappear as if it were never there in the first place, even after I was granted standing in district court based on that sworn admission by Ullman in 2002.

Instead, on August 16, 2005, three (3) years to the day after Ullman submitted her sworn affidavit to Rensselaer County Supreme Court, an Assistant Solicitor General under Spitzer named Julie M. Sheridan was allowed to submit a letter to Sotomayor, where she called for my Amended Petition to be dismissed because my “constitutional claims were not viable, because the very premise of those claims – namely that plaintiff had been involuntarily committed – was false.”

Sotomayor let the truth be replaced with a blatant lie, which is a real statement about who Sonia Sotomayer really is.

And of course, since Spitzer at the time was a very powerful Democrat who became New York’s next governor before stepping down after being caught protecting a high-priced hooker ring whose services Spitzer was availing himself of, who was rumored to be on the presidential track, so Sotomayor took the dive and gave Spitzer what he needed – she bought the lie and there went my civil rights along with that lawsuit right out the window, as if I were a modern-day Dred Scott being informed by Judge Taney that he wasn’t really considered a human being in America.

So much for Sotomayor’s oath to administer justice without respect to persons, and do equal right to the poor and to the rich.

She did not administer justice; to the contrary, she caused an injustice to persist.

And she certainly did not do equal right to the rich and poor; to the contrary she screwed the poor to make the rich even richer.

So why is she sitting on the bench of the United States Supreme Court?

If Al Franken cannot be a U.S. Senator because he slipped some woman the tongue back in his stand-up comic days, before he became a Senator, why should Sonia Sotomayor, who buried a civil rights case to protect the corrupt, be a federal judge?