WASHINGTON (WTOP) – The scientists who set up a website for sightings of bottlenose dolphins in the Chesapeake Bay say they were amazed by the number of sightings reported this year.

Since the Chesapeake DolphinWatch website launched in June, more than 900 sightings by members of the public have been logged.
Dr. Helen Bailey, a scientist at the University of Maryland Center for Environmental Science’s Chesapeake Biological Laboratory, founded the DolphinWatch research project in hopes of learning more about where dolphins go in the bay and when.

In addition to collecting reports of sightings, she and her team have partnered with the nonprofit group SouthWings to do aircraft flyovers in search of dolphins.

The team also places underwater microphones, called hydrophones, in key locations in the Bay to listen for dolphin calls. 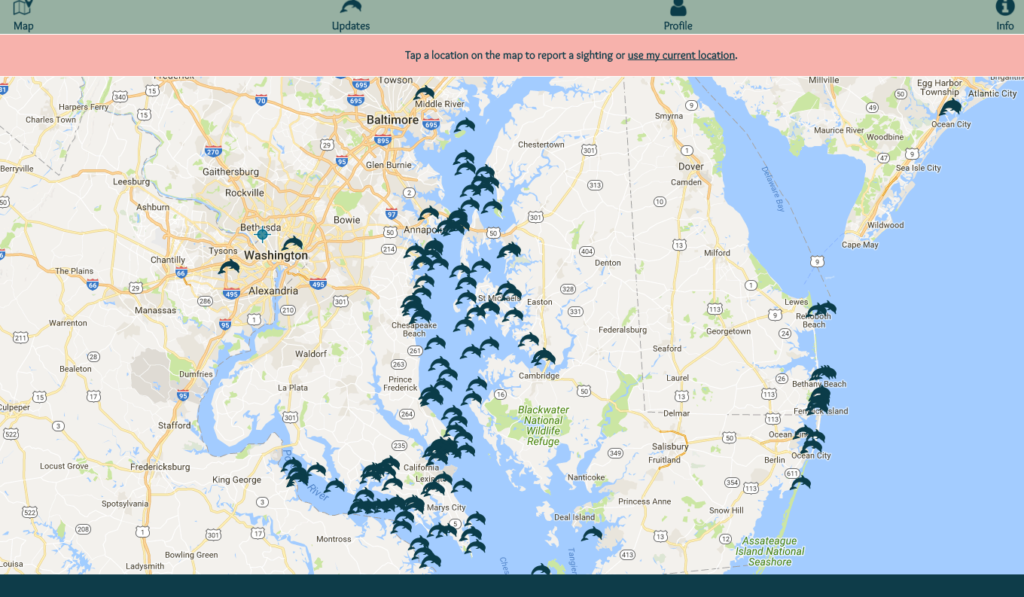