Shawn Coyte of the advocacy group Shore Paws for a Better Life is not about to back down. For the last two months, Ms. Coyte has addressed the Accomack County Board of Supervisors, pushing for a refactoring, a rethinking of how the county addresses the needs of animals. While there are ordinances on the books, at the county and state levels, the ability to enforce them properly has been the problem. Other municipalities in the state have had similar issues, including Suffolk, Norfolk and Virginia Beach. While the state sets the standards to be met, local governments have designed granular ordinances that address and meet the needs of their distinct communities. Shawn Coyte would like to see that happen here on the Eastern Shore.

“What we are asking for…we’d like to see a dusk to dawn ordinance. They should not be left out all day, but there should also be a shaded area (as well as requiring that a dog house be present), so the dog is not left out in the sun all day,” said Coyte. Along those lines, she is also pushing for temperature regulations (within a 32 to 85 degree range), keeping the animal out of unfavorable weather conditions, providing adequate medical care, and proper grooming.

While Coyte is not alone, getting movement on this issue has so far been an uphill battle. As most counties, such as Accomack have adopted the state law, the ability, or will to enforce even this set of definitions has resulted in a state of paralysis. While the language is there, in many cases, it is too vague, with too much of it left to the interpretation of local enforcement officials. Moving out of this stasis, building an ordinance that is clearer, and designed to enforce, as well as educate has thus far not garnered the necessary political momentum.

The Cape Charles Mirror contacted Accomack County Attorney Cela Burge to inquire as to whether there had been any movement, or direction given regarding changing the animal ordinance. She replied that so far, there has not.

“We’re not going to stop,” said Coyte. “When I’m passionate about something…I throw myself into it.”

Shawn told the Mirror that education has to play a bigger role if change is going happen. Coyete will be appearing on WESR’s SHORE TALK radio show on June 27th, and plans to visit local schools to talk about the correct way to treat animals kept as pets.

Coyte said her group is also prepared to take the issue to the state level if necessary.

While there are many aspects to combating the issue, good old fashioned boots on the ground rescue is what brings Coyte the most pleasure. In the last few years, she and colleagues have rescued 140 animals—they have also located the remains of others that were not as fortunate.

“The most important thing for us, is really educating the public. Along the way, we want to improve the laws,” Coyte said. 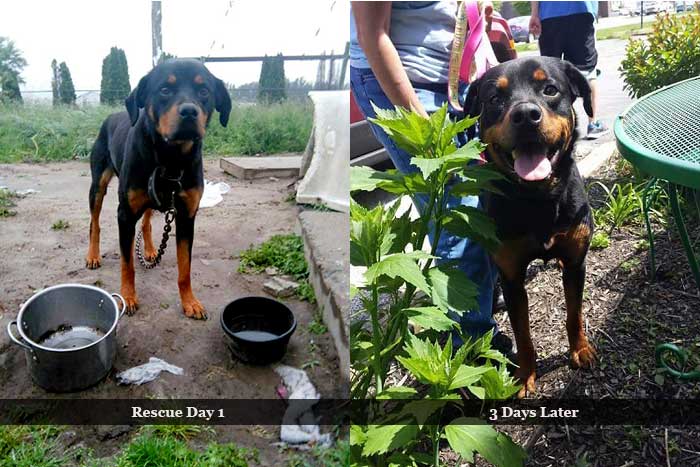