As of May 18, 2018 the 67-mile Bay Coast Railroad hauled their last train before shutting down.

A document filed on May 17, 2018 with the Surface Transportation Board by the Delmarva Central Railroad read in part: 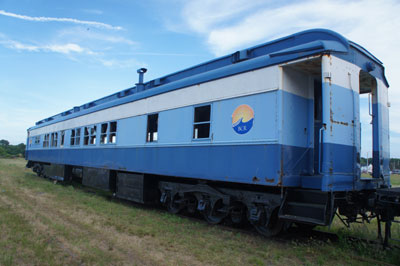 Pursuant to regulations of the Surface Transportation Board (“STB”) at 49 C.F.R. § 1150.42(e), Delmarva Central Railroad Company (“DCR”), a Class III rail carrier, hereby gives notice to employees of Cassatt Management, LLC d/b/a Bay Coast Railroad (“BCR”) that as soon as May 29, 2018, DCR intends to lease and thereafter operate a line of railroad owned by Canonie Atlantic Co. (“CAC”) on behalf of the Accomack-Northampton Transportation District Commission and currently leased to BCR extending from the connection with DCR’ s line (leased from Norfolk Southern Railway Company) at approximately milepost 30.9 five hundred feet south of Second Street in Pocomoke City, Maryland to approximately milepost 45.7 at the south side of Taylor Street in Hallwood, Virginia, a distance of approximately 14.8 miles (the “Line”). DCR’s operations will replace those currently conducted on the Line by BCR.
A notice of exemption to authorize the proposed change in operators transaction will be filed with the STB on or shortly after May 21, 2018 in Docket No. FD 36196. DCR anticipates that it will concurrently seek waiver of the normal 30-day effectiveness period for such a notice of exemption, as well as the normal 60-day period for this advance notice, so as to allow the transaction to be consummated immediately. DCR does not expect to hire any additional employees as a result of the change in operators. Employees desiring further information regarding the transaction may contact Amy Smith, Vice President – Finance and Administration, at (412) 426-6600.

As most or all BCR rail traffic on the line is concentrated on the northern end, the DCR will take over operations where there are remaining customers. Railpace magazine reported the Buckingham Branch Railroad will assume operation of BCR operations on the Norfolk side.

The November Accomack transportation minutes reported that Bay Coast lost their largest customer, DCP, on the Little Creek side. DCP stored loaded Butane tanks and was far and away the largest customer on the railroad.

Activity has been very slow for the railroad. In November, Bay Coast Railroad handled 80 carloads. Fifty-one of these were at Little Creek with the top shippers being Dynaric (8 cars), 30 cars for Mid-Atlantic Transload (grit), and 13 cars for Gordon Paper. Eastern Shore location handled the remaining 29 loads with the top shippers being Coastline Chemical with 6 cars, KMX Chemical 5 cars, 7 Pep Up Gas 4 Cars, Sharp Gas 2 cars, and 12 outbound loads from Bayshore Concrete. 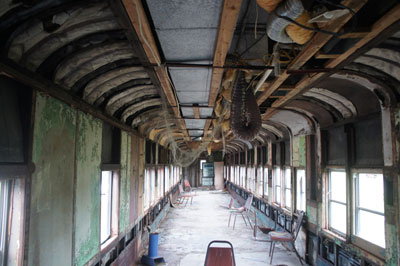 Customers using the Eastern Shore end of the railroad have been part of seasonal operations. Pep-up Gas and Sharp Energy are the southernmost businesses using BCR, however, most of that traffic is only December through March. Helena Chemical (inbound liquid fertilizer) in Tasley only a had 13 cars last year, and is also seasonal.

The majority of traffic on the northern end of the line is from Coastline Chemical and KMX Chemical, both in New Church. The rest of the traffic is concentrated north of Tasley.

Bayshore Concrete pledged a commitment to Bay Coast to increase carloadings after a total of only 8 cars the previous year. Most of the large concrete members fabricated there went out by truck and barge, or a combination thereof. With the plant closed and on the market, the fate of Bay Coast operations was pretty much sealed.