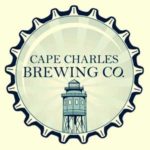 The Cape Charles Brewery appeared before Town Council to negotiate a deal to bring the operation to the Eastern Shore. With over $2 million in investments, the last stumbling block was the $65k+ water and sewer hookup charges. The brewery wanted to have the charges completely waived, given what they feel they are bringing to the table such as jobs, additional tax revenue, and being able to put Cape Charles on the bottle caps. The feeling on council was mixed.

“We did not build into our budget – we didn’t build anything in, frankly, for a tapping or connection fee,” said brewery spokesman Mark Marshall.

While most were enthusiastic about the prospect of having a brewery in town, completely waiving the fees was a non-starter.

While the Eastern Shore is the first choice for the brewery location, the prospective brewers were firm in stating that this was not the only place they have looked, and other localities were more than willing to sweeten the deal to get their business.

What should have been a feel good moment quickly turned tense as council backpedaled to avoid once again snatching defeat from the jaws of victory. With close to $2 million investment dollars at stake, council attempted to find some common ground on which to stake the deal.

Town Manager Brent Manuel provided a solution that leveraged the new town Tourism Zone, which would allow the applicant to reduce hookup fees by 50% (to around $33k), and town code which allows for council to set up a payment plan up to ten years. In essence, they would get the hookup at half the price, and pay around $3k a year for ten years. The total cost for the connection charges is $65,977.50. Section 58.1-3851 of the Code of Virginia, allows for the locality to grant tax incentives such as reduced permit or user fees and reduction of gross tax receipts for up to twenty years and provide certain regulatory flexibility such as special zoning for the district or permit process.

The town council and Mayor Proto discussed concerns about the future implications of granting the rate reduction request.

Proto: First, I want a brewery in town, but it must serve wine, because my wife only drinks wine. My concern is, we are likely to go down this path with other people. Are we ready to give other businesses the same 10-year relief we are giving them?
Sullivan: Yes, why not?
Proto: What we do for one we have to do for all.
Buchholz: This mainly affects restaurants due to the amount of water they use.
Brown: Give them whatever they want.
Sullivan: But we are not giving away the rules that we govern by.

One hang up: leveraging the Tourism Zone to reduce the rates also requires that the fees be paid in 5 years, not the ten outlined in the gentleman’s agreement proffered by the town. According to Larry DiRe, town planner, the zoning ordinance allows for a credit of up to 50 percent of the facility and connection fees paid to the town over a period of five years. Any additional extension of a payment plan must be approved by town council. The applicant is required to file a formal request for the reduction.

The town voted during the meeting to allow the $32,988.75 tapping fee (a 50 percent reduction)  to be spread over five years with the intention of receiving guidance on whether extending the payment time period is allowable. The town will rebate half of the payment under the tourism zone ordinance, as well as approve a resolution expressing the desire that the brewery project receive $600k in Industrial Revitalization grant funds. The full resolution is below. 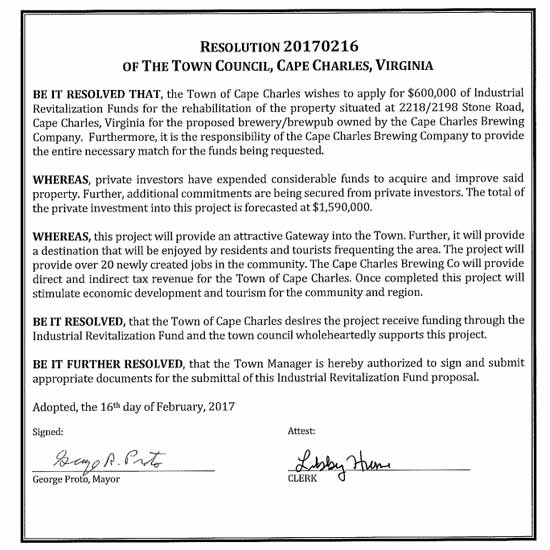 Note: The town may need to explain why it was less flexible with the previous attempt to bring a brew bub into the historic district.