Eventually, one of next phases of the Trail Project, either 4 or 5 will have to tackle Fig Street. Through grants and municipal matches, the taxpayer will be funding these improvements.  However, according to the 1991 Annexation Agreement between Northampton County and the Town of Cape Charles, the developer Brown and Root, now (Bay Creek South LLC) agreed to pay for the ‘Extension’ of Fig. We would caution you not to hold your breath–Bay Creek South was supposed to pay for a portion of the wastewater plant needed to service the expanded area, as well as absorb the full cost of expanding Route 642. That never happened and full costs were instead absorbed by the taxpayer. A reading of the Annexation Agreement indicates that the Fig Street cost should be borne by the developer: 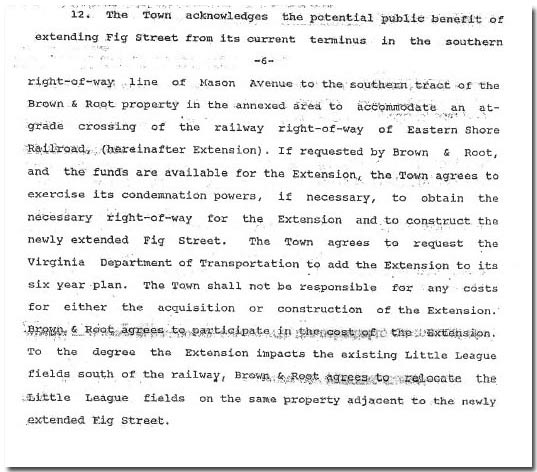