On Tuesday, citizens join VDOT representatives for a presentation on the proposed improvements to US 13 on Virginia’s Eastern Shore near MP 79 near the Cape Charles Stoplight and near the Shopping Area where Food Lion, McDonald’s, Union Bank are located.

VDOT began with a brief presentation and then opened the floor up to comments. Citizens immediately jumped with questions, comments and their own proposals.

The consensus among the group was that the proposed Plans do not address the traffic safety Issues.

VDOT’s current $1.4 M Project Plans to include the Widening and Lengthening 8 TURN LANES, Some Signage, and Lights, however, the citizen believe the Median Crossing is the real traffic safety issue and that is not being addressed.  Only 3 of the 8 Turn Lanes are providing benefit to the area.

Citizens offered various proposals on their own. Some congealed around the idea of a traffic light at the Food Lion lot intersection. A flashing light and reducing the speed to 45 was also agreed upon.

Other plans offered by citizens include barricading the median crossing where there would be RIGHT IN and RIGHT OUT traffic with the exception of the Southbound turn lane which allows traffic into the Shopping Area. A barrier in the middle of the intersection would prevent vehicles from crossing the highway– vehicles making either right or left turns off the highway would be allowed. Northbound drivers exiting Union Bank & Trust and southbound drivers exiting Food Lion would be required to make U-turns.

Former Supervisor Granville Hogg proposed to barricade the median crossing eliminating LEFT TURN INGRESS and EGRESS altogether. Hogg showed on the aerial photography the former Cheriton Road that runs across the field and into the drive at Dollar General. He noted this could be used to safely connect traffic the current Cheriton Road and would provide safe and adequate access for service trucking.

Public comments on the proposed road safety improvement project may be submitted online to VDOT Project Manager John Harman at JohnG.Harman@VDOT.Virginia.gov until Aug. 3, 2018. 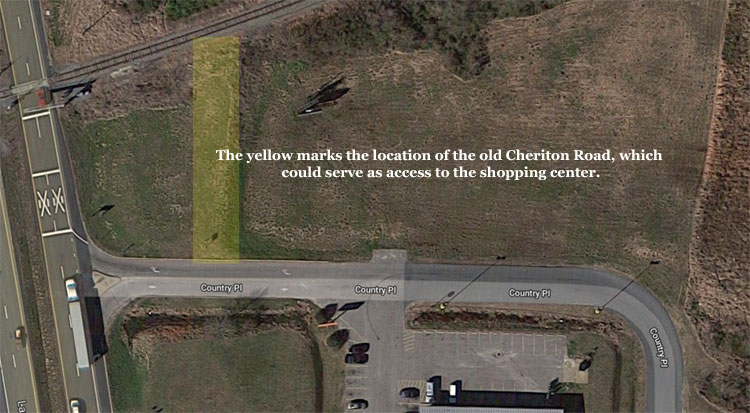