“If you like your doctor, you can keep your doctor” — yeah, right. Another Tale from the Crypt, Common Core has sent education backward while draining the energy, money, and motivation away from U.S. public schools for a decade.

“If you set and enforce rigorous and challenging standards and assessments; if you put outstanding teachers at the front of the classroom; if you turn around failing schools — your state can win a Race to the Top grant that will not only help students outcompete workers around the world but let them fulfill their God-given potential,” President Obama said in July 2009.

Setting the Race to the Top, which was a $4 billion holding fund inside the 2009 stimulus, the Obama administration coaxed states into using Common Core.

So here we are, nine years later. Common Core has been officially rolled out into U.S. public and even many private schools for at least three to five years now. Are American children increasingly prepared for the “the challenges of the 21st century”? We’re actually seeing the opposite. They’re increasingly less prepared. And there’s mounting evidence that Common Core deserves some of the blame.

It was not just Democrats–then Florida Governor Jeb Bush wrote in National Review in 2013, “To compete with the rest of the world, we must produce competitive high-school graduates. That means we have to make sure that the skills they are learning are aligned with what employers and colleges expect high-school graduates to know…the Common Core State Standards, set an ambitious and voluntary goal line.” 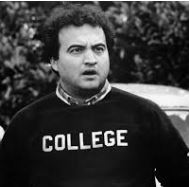 Data indicates that at best Common Core made negligible improvements, and possibly reduced student achievement while soaking up huge amounts of time and money. The years of small but visible achievement growth under George W. Bush have been replaced by zero growth under and after Obama. The best evidence available indicates American kids have gotten all the academic boost they’re going to get out of Common Core already.

Rick Hess and Grant Addison wrote about what’s happened to people who have worked for and led organizations that received millions from Obama’s Common Core grants and from the Bill and Melinda Gates Foundation, which also bankrolled Common Core. At its annual Standards Institute, a prominent conference to teach teachers how to teach Common Core, the organization UnboundEd “slathers its Common Core workshops with race-based rancor and junk science,” providing a “snapshot…into the ongoing transformation of ‘school reform.’”

UnboundEd’s training in reading and math instruction is ‘grounded in conversations about the roles that race, bias and prejudice play in our schools and classrooms.’ Its Standards Institute prepares educators to be ‘Equity Change-Agents.’ To become one, participants are told, they must first acknowledge that ‘we are part of a systematically racist system of education.’

“If you are under the impression that there are good white people and bad white people, you’re wrong,” UnboundEd CEO Kate Gerson told the teachers this year, according to Hess and Addison. “Gerson informed her charges that racial biases are pervasive, universal, and something ‘you cannot be cured from.’”

To be sure, the downward slide of American Education would have probably happened without Common Core. The problem is that education cannot be solved at a national level, Soviet Union style. Education is a State and local thing. Instead of wasting billions on something like Common Core, give the money directly to the states so they can work solve local issues, like being able to pay teachers a working salary.