Bayshore Concrete Products filed a Workers Adjustment and Retraining Notification with the Virginia Board of Workforce Development on September 26. The notice indicates that the company will lay off 100 employees at its Cape Charles, Virginia facility.

In a statement released to the Mirror by Pamela Monastra of Skansa:

Bayshore Concrete Products Corporation announces a Reduction in Force at its Cape Charles facility affecting 100 workers to occur in November of this year and early part of 2018, as a result of the plant nearing completion of the large Bayonne Bridge Replacement Project located in New York/New Jersey area.

The Cape Charles Facility employed 350 craft employees at the peak time of construction of the Bayonne Bridge, which had been utilizing Bayshore Concrete Products to construct precast segmental roadway elements for its nearly $1 billion bridge replacement project.

Efforts are underway to place as many affected workers as possible by working with local and state workforce development groups, providing workers access to guidance and counseling through the transition process, and utilizing a worker referral program to the plant’s network of partners and clients for potential employment opportunities.

The announcement came as work is being finished on the $1 billion Bayonne Bridge project in New Jersey, which had been using Bayshore for pre-cast concrete products. 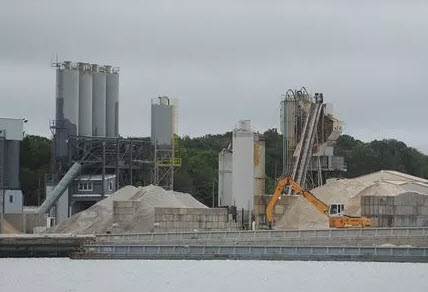 In 2014, the state and local governments gave $1.2 million in incentives for a $4 million investment at the Cape Charles facility instead of another East Coast plant. Gov. Terry McAuliffe at the time announced 135 new jobs.

Skanska submitted a joint bid on the CBBT project with Kiewit Construction and Weeks Marine, but later withdrew from the bidding process.