Reports say the club was in the process of closing down for the evening when the fire ignited, spreading through the building.

The building suffered extremely heavy damage with a large portion of the roof collapsing and over 200,000 gallons of water were used to combat the blaze.

The cause is under investigation.

Photographer Bill Thomas provided these aerial photos of the damage: 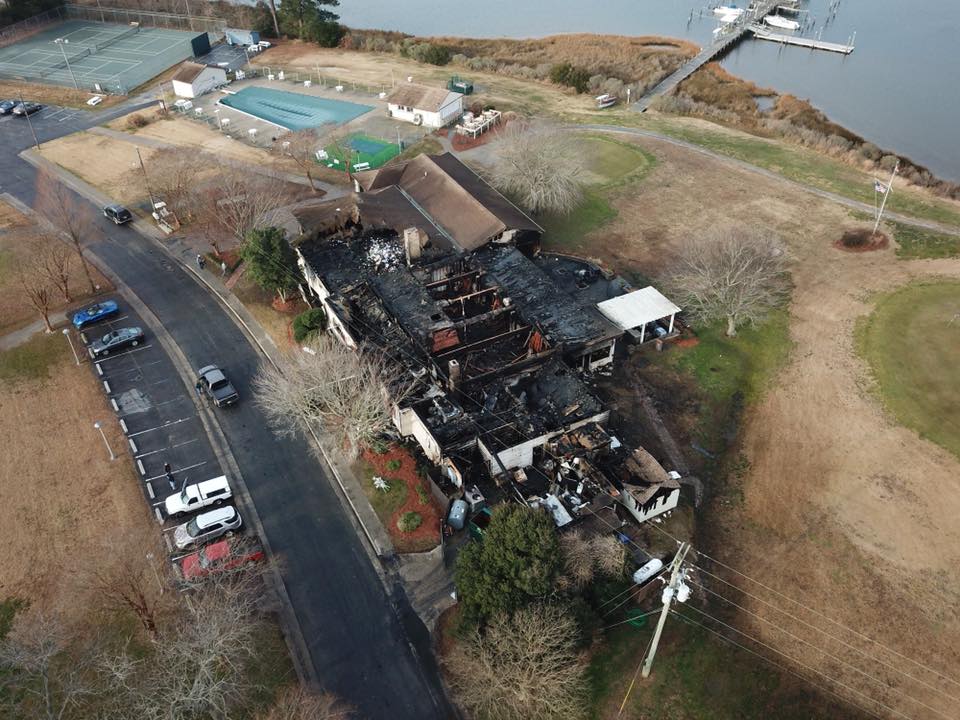