The Centers for Disease Control and Prevention reported that 12 states were experiencing widespread influenza activity, including Virginia. This time last year, the flu was only reported at local levels in Virginia, according to the state’s Department of Health. The flu in Virginia has reached “widespread” levels a month earlier this season compared to last, according to the Virginia Department of Health. 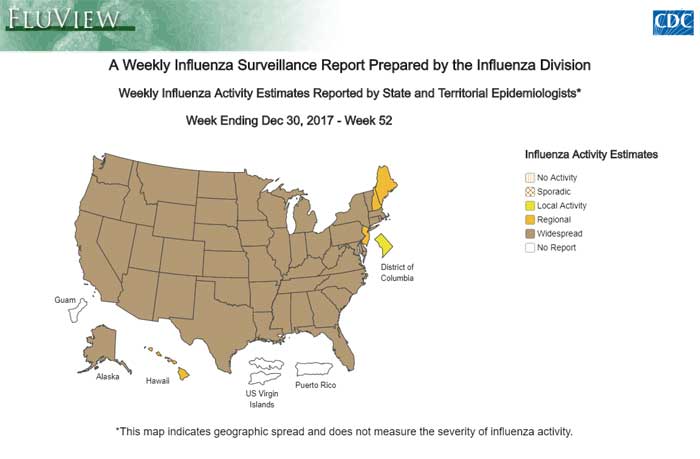 The “widespread” distinction is defined nationally by the CDC and refers to “outbreaks of influenza or increases in influenza-like illnesses cases and recent laboratory-confirmed influenza in at least half the regions of the state,” according to the CDC’s website. That information on flu-related activity levels is pulled from lab reports, outbreak reports, as well as data on hospital visits.